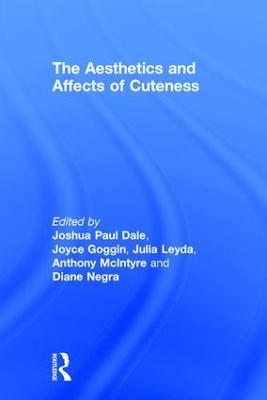 The Aesthetics and Affects of Cuteness

Description - The Aesthetics and Affects of Cuteness by Joshua Paul Dale

Cuteness is one of the most culturally pervasive aesthetics of the new millennium and its rapid social proliferation suggests that the affective responses it provokes find particular purchase in a contemporary era marked by intensive media saturation and spreading economic precarity. Rejecting superficial assessments that would deem the ever-expanding plethora of cute texts trivial, The Aesthetics and Affects of Cuteness directs serious scholarly attention from a variety of academic disciplines to this ubiquitous phenomenon. The sheer plasticity of this minor aesthetic is vividly on display in this collection which draws together analyses from around the world examining cuteness's fundamental role in cultural expressions stemming from such diverse sources as military cultures, high-end contemporary art worlds, and animal shelters. Pushing beyond prevailing understandings that associate cuteness solely with childhood or which posit an interpolated parental bond as its primary affective attachment, the essays in this collection variously draw connections between cuteness and the social, political, economic, and technological conditions of the early twenty-first century and in doing so generate fresh understandings of the central role cuteness plays in the recalibration of contemporary subjectivities. 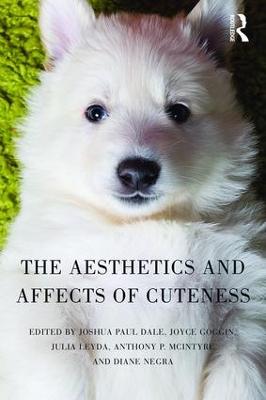 » Have you read this book? We'd like to know what you think about it - write a review about Aesthetics and Affects of Cuteness book by Joshua Paul Dale and you'll earn 50c in Boomerang Bucks loyalty dollars (you must be a Boomerang Books Account Holder - it's free to sign up and there are great benefits!)

Joshua Paul Dale has edited a special journal issue on Cute Studies and created an online bibliography for this emerging field. Dale teaches cultural studies at Tokyo Gakugei University. Joyce Goggin is a senior lecturer at the University of Amsterdam, where she teaches and conducts research in literature, film, television and media studies. Julia Leyda is Associate Professor of Film Studies in the Department of Art and Media Studies at the Norwegian University of Science and Technology in Trondheim. She is co-editor of Extreme Weather and Global Media (Routledge, 2015) and Post-Cinema: Theorizing 21st-Century Film (REFRAME, 2016). Anthony P. McIntyre is an Associate Lecturer in Film Studies at University College Dublin. He is currently finishing a monograph, Millennial Tensions: Generational Affect and Contemporary Screen Cultures. Diane Negra is the author, editor or co-editor of ten books. A member of the Royal Irish Academy, she serves as Professor of Film Studies and Screen Cultures and Head of Film Studies at University College Dublin. She is Co-Editor-in-Chief of Television and New Media.

A Preview for this title is currently not available.
More Books By Joshua Paul Dale
View All