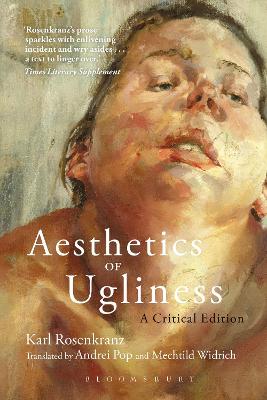 In this key text in the history of art and aesthetics, Karl Rosenkranz shows ugliness to be the negation of beauty without being reducible to evil, materiality, or other negative terms used it's conventional condemnation. This insistence on the specificity of ugliness, and on its dynamic status as a process afflicting aesthetic canons, reflects Rosenkranz's interest in the metropolis - like Walter Benjamin, he wrote on Paris and Berlin - and his voracious collecting of caricature and popular prints. Rosenkranz, living and teaching, like Kant, in remote Koenigsberg, reflects on phenomena of modern urban life from a distance that results in critical illumination. The struggle with modernization and idealist aesthetics makes Aesthetics of Ugliness, published four years before Baudelaire's Fleurs du Mal, hugely relevant to modernist experiment as well as to the twenty-first century theoretical revival of beauty.

Translated into English for the first time, Aesthetics of Ugliness is an indispensable work for scholars and students of modern aesthetics and modernist art, literary studies and cultural theory, which fundamentally reworks conceptual understandings of what it means for a thing to be ugly.

Other Editions - Aesthetics of Ugliness by Karl Rosenkranz » Have you read this book? We'd like to know what you think about it - write a review about Aesthetics of Ugliness book by Karl Rosenkranz and you'll earn 50c in Boomerang Bucks loyalty dollars (you must be a Boomerang Books Account Holder - it's free to sign up and there are great benefits!)

Karl Rosenkranz (1805 -1879) was a German philosopher. He followed Kant and Herbart as professor of philosophy in Koenigsberg; in 1848-49 he took part in the reform government in Berlin. Andrei Pop is Associate Professor in the John U. Nef Committee on Social Thought at the University of Chicago. Mechtild Widrich is Assistant Professor of Contemporary Art History in the School of the Art Institute of Chicago, USA.

A Preview for this title is currently not available.
More Books By Karl Rosenkranz
View All 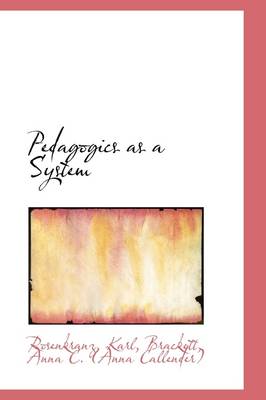