The Disappearing World of the Bushmen

"Insightful and well-written . . . [Suzman chronicles] how much humankind can still learn from the disappearing way of life of the most marginalized communities on earth." -Yuval Noah Harari, author of SAPIENS: A BRIEF HISTORY OF HUMAN KIND and HOMO DEUS: A BRIEF HISTORY OF TOMORROW

A vibrant portrait of the "original affluent society"-the Bushmen of southern Africa-by the anthropologist who has spent much of the last twenty-five years documenting their encounter with modernity.

If the success of a civilization is measured by its endurance over time, then the Bushmen of the Kalahari are by far the most successful in human history. A hunting and gathering people who made a good living by working only as much as needed to exist in harmony with their hostile desert environment, the Bushmen have lived in southern Africa since the evolution of our species nearly two hundred thousand years ago.

In Affluence Without Abundance, anthropologist James Suzman vividly brings to life a proud and private people, introducing unforgettable members of their tribe, and telling the story of the collision between the modern global economy and the oldest hunting and gathering society on earth. In rendering an intimate picture of a people coping with radical change, it asks profound questions about how we now think about matters such as work, wealth, equality, contentment, and even time. Not since Elizabeth Marshall Thomas's The Harmless People in 1959 has anyone provided a more intimate or insightful account of the Bushmen or of what we might learn about ourselves from our shared history as hunter-gatherers.

Other Editions - Affluence Without Abundance by James Suzman 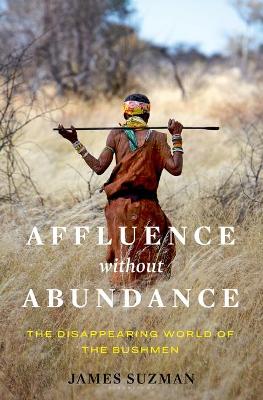 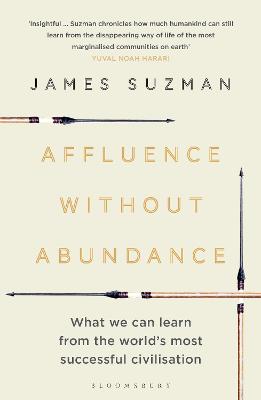 » Have you read this book? We'd like to know what you think about it - write a review about Affluence Without Abundance book by James Suzman and you'll earn 50c in Boomerang Bucks loyalty dollars (you must be a Boomerang Books Account Holder - it's free to sign up and there are great benefits!)

James Suzman, Ph.D., is an anthropologist specializing in the Khoisan peoples of southern Africa. A recipient of the Smuts Commonwealth Fellowship in African Studies at Cambridge University, he is now the director of Anthropos Ltd., a think tank that applies anthropological methods to solving contemporary social and economic problems. He lives in Cambridge, England.

A Preview for this title is currently not available.
More Books By James Suzman
View All

Affluence Without Abundance: What We Can Learn from the World's Most Successful Civilisation
$23.67 $26.30