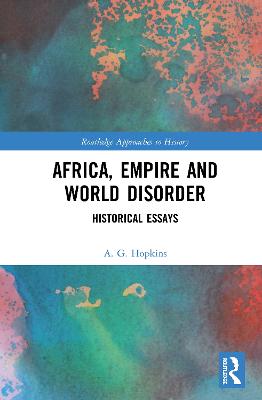 This volume brings together important articles from the Cambridge historian A. G. Hopkins and reflect the enlargement and evolution of historical studies during the last half century. The essays cover four of the principal historiographical developments of the period: the extraordinary revolution that has led to the writing of non-Western indigenous history; the revitalization of new types of imperial history; the now ubiquitous engagement with global history, including a reinterpretation of American Empire, and the current revival of economic history after several decades of neglect.

» Have you read this book? We'd like to know what you think about it - write a review about Africa, Empire and World Disorder: Historical Essays book by A. G. Hopkins and you'll earn 50c in Boomerang Bucks loyalty dollars (you must be a Boomerang Books Account Holder - it's free to sign up and there are great benefits!)


A Preview for this title is currently not available.
More Books By A. G. Hopkins
View All