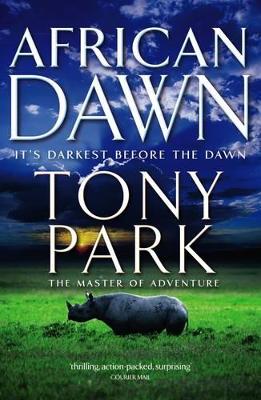 A heart-racing thriller from the master of adventure. New novel Blood Trail out now.

It's darkest before the dawn

Three families - the Bryants, the Quilter-Phippses and the Ngwenyas - share a history as complex and bloody as Zimbabwe itself.

But when the brothers fall in love with the same woman, Natalie Bryant, their rivalry threatens to put the lives of all involved at risk. And with Emmerson vowing to stop at nothing until he gets what he wants, a bloody showdown seems inevitable.

In the broken country that is Zimbabwe, only the strongest can survive.

"Tony Park has drawn on his deep love and respect of the untamed African continent to deliver this unmissable read." Daily Examiner 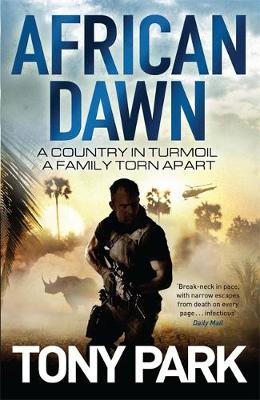 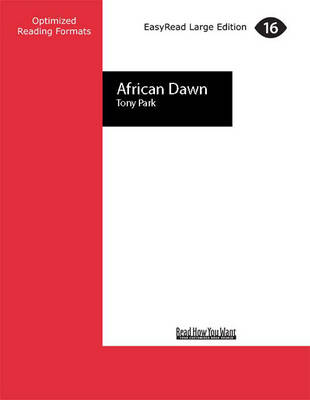 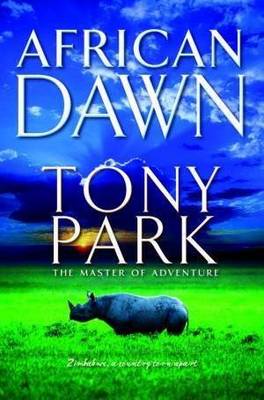 » Have you read this book? We'd like to know what you think about it - write a review about African Dawn book by Tony Park and you'll earn 50c in Boomerang Bucks loyalty dollars (you must be a Boomerang Books Account Holder - it's free to sign up and there are great benefits!)

African Dawn is the eighth novel by Australian author, Tony Park, and in it, he revisits the setting and characters of his third novel, African Sky. Park takes three Rhodesian families, the Bryants and the Ngwenyas (who will both be familiar to readers of African Sky) and the Quilter-Phippses, and follows them through the turbulent years from 1959 to 2011.The fate of a rhino calf, Makuti is also monitored. From British colony, through independence to black rule and seizure of white-owned farms, Park tracks events in Rhodesia’s recent history and demonstrates their effect on the human inhabitants, both black and white, and certain endangered animals of the country. Park creates a cast of characters with depth, variety and appeal; their dilemmas and conflicts are realistic and credible; their passions, often fierce. Park manages to make the convoluted history and politics of Rhodesia/Zimbabwe easily digestible by incorporating them into a story that is interesting and exciting. Park’s plot is original, has quite a few twists and encompasses racial tensions, wildlife conservation, political corruption and family dynamics. Murder, kidnapping, imprisonment, poaching and plane crashes all feature. Having skilfully set up his characters and events, Park takes the reader on a rollercoaster ride to the story’s dramatic climax. Park’s Army background, his extensive research and his knowledge of Africa are apparent in every sentence. Another page-turner.


A Preview for this title is currently not available.
More Books By Tony Park
View All