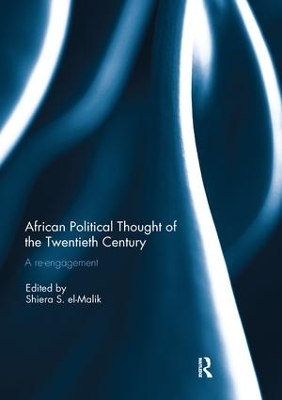 This book focuses on African political thought, as it emerged in the context of and contributed to fundamental changes in world order during the twentieth century, and as it continues to speak to the present global condition. The six chapters form a set of close readings of 20th century African political theorists insofar as their work forms part of a conversation that Africa had with itself and with the rest of the world regarding freedom, independence, emancipation and statehood, as well as forming part of the larger global conversations within which these theorists can be situated. The essays analyse the ideas and practices of a number of prominent figures including Frantz Fanon, Leopold Senghor, Amilcar Cabral, Agostinho Neto, Julius Nyerere, Gabriel d'Arboussier, Sembene Ousmane. This collection is unusual in its breadth, bringing together analyses of radical thinkers and activists from the Portuguese-, French- and English-speaking regions of Africa. It includes chapters from prominent senior figures in the field, as well as contributions from younger scholars.
The editor includes a short introduction which frames the collection and situates its contribution to broader debates and fields of enquiry.

Other Editions - African Political Thought of the Twentieth Century by Shiera S. El-Malik 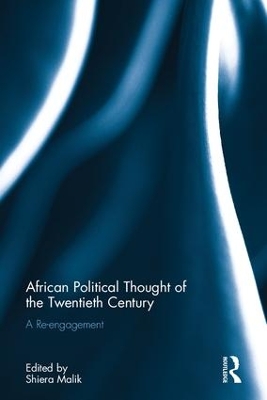 » Have you read this book? We'd like to know what you think about it - write a review about African Political Thought of the Twentieth Century book by Shiera S. El-Malik and you'll earn 50c in Boomerang Bucks loyalty dollars (you must be a Boomerang Books Account Holder - it's free to sign up and there are great benefits!)

Shiera S. el-Malik is an Associate Professor at DePaul University in Chicago. She teaches and writes in the area of colonialism and international political thought. Her work has appeared in Review of International Studies, African Identities, Journal of Contemporary African Thought, Irish Studies in International Affairs and in edited volumes. This book was originally published as a special issue of African Identities.