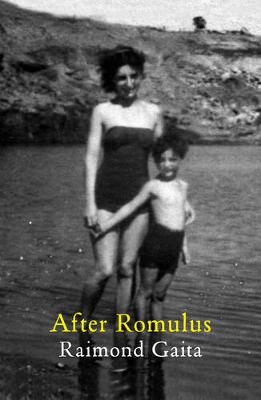 Description - After Romulus by Raimond Gaita

In 1998, Raimond Gaita's Romulus, My Father was first published - the story of his father who came to Australia from Europe with his young wife Christine and their four-year-old son after the end of the Second World War. In the isolated landscape of country Victoria, Christine succumbed to mental illness, and a series of tragedies befell the family. Described as 'a profound meditation on love and death, madness and truth, judgment and compassion', Romulus, My Father became an instant classic. Now, thirteen years later, and four years after the release of the film, Raimond Gaita has put together this collection in which he reflects on the writing of the book, the making of the film, his relationship to the desolate beauty of the central Victorian landscape, the philosophies that underpinned his father's relationship to the world and, most movingly, the presence and absence of his mother and his unassuaged longing for her.

Other Editions - After Romulus by Raimond Gaita 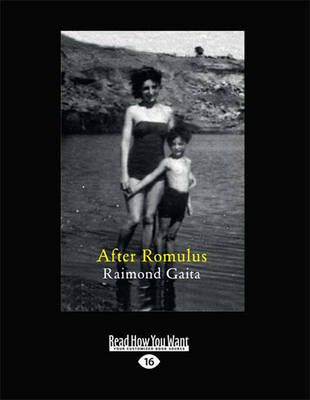 » Have you read this book? We'd like to know what you think about it - write a review about After Romulus book by Raimond Gaita and you'll earn 50c in Boomerang Bucks loyalty dollars (you must be a Boomerang Books Account Holder - it's free to sign up and there are great benefits!)

Raimond Gaita was born in Germany in 1946. He is Emeritus Professor of moral philosophy at Kings College London and a Professorial fellow at the Melbourne Law School and the faculty of Arts of the University of Melbourne. His books have been published in many translations. They include: Good and Evil: An Absolute Conception, Romulus, My Father, A Common Humanity, The Philosopher's Dog and Essays on Muslims and Multiculturalism (as editor and contributor). A feature film of Romulus, My Father was released in 2007, and won the AFI award for Best Film, Best Actor, Best Supporting Actor and Best Young Actor.

A Preview for this title is currently not available.
More Books By Raimond Gaita
View All