Description - After the Quake by Haruki Murakami

For the characters in after the quake, the Kobe earthquake is an echo from a past they buried long ago. Satsuki has spent thirty years hating one man- did her desire for revenge cause the earthquake? Miyake left his family in Kobe to make midnight bonfires on a beach hundreds of miles away. Fourteen-year-old Sala has nightmares that the Earthquake Man is trying to stuff her inside a little box. Katagiri returns home to find a giant frog in his apartment on a mission to save Tokyo from a massive burrowing worm. 'When he gets angry, he causes earthquakes,' says Frog. 'And right now he is very, very angry.

Other Editions - After the Quake by Haruki Murakami 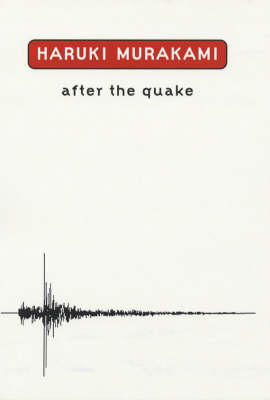 Book Reviews - After the Quake by Haruki Murakami

» Have you read this book? We'd like to know what you think about it - write a review about After the Quake book by Haruki Murakami and you'll earn 50c in Boomerang Bucks loyalty dollars (you must be a Boomerang Books Account Holder - it's free to sign up and there are great benefits!)

Book Review: After the Quake by Haruki Murakami - Reviewed by ohbukowski (10 Jun 2011)

Murakami's speciality is expressing Japanese existential experience with a voice which comes both from within it and from being able to somehow stand seperate from it, exploring it honestly. These stories of separate lives changed by an earthquake; the exposure of the fragility and changeability of their lives; have a similarity in the uselessness and futility that each character somehow feels.

A painter hides from his family, taking solace in the fires he builds on the beach at night. A giant amphibian visits an old man, convincing him to find and fight a creature deep in the earth, who is the cause of the quakes. A young woman ponders whether her hatred and bitterness caused the quake.

This book is mysterious, nuanced and extremely beautiful. Murakami uses absurdist devices to uncover and explain the Japanese, and the human, soul.