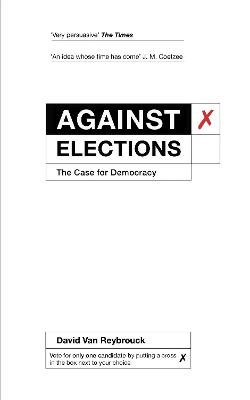 The Case for Democracy

Democracy is in bad health. Against Elections offers a new diagnosis - and an ancient remedy.Fear-mongering populists, distrust in the establishment, personality contests instead of reasoned debate- these are the results of the latest elections.In fact, as this ingenious book shows, the original purpose of elections was to exclude the people from power by appointing an elite to govern over them.Yet for most of its 3000-year history, democracy did not involve elections at all- members of the public were appointed to positions in government through a combination of volunteering and lottery.Based on studies and trials from around the globe, this hugely influential manifesto presents the practical case for a true democracy - one that actually works.Urgent, heretical and completely convincing, Against Elections leaves only one question to be answered- what are we waiting for?

Other Editions - Against Elections by David Van Reybrouck 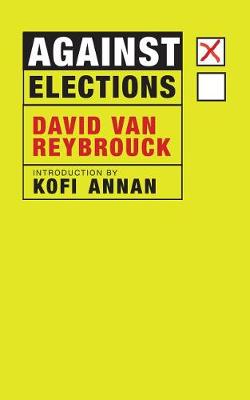 » Have you read this book? We'd like to know what you think about it - write a review about Against Elections book by David Van Reybrouck and you'll earn 50c in Boomerang Bucks loyalty dollars (you must be a Boomerang Books Account Holder - it's free to sign up and there are great benefits!)

David Van Reybrouck is considered 'one of the leading intellectuals in Europe' (Der Tagesspiegel) and is a pioneering advocate of participatory democracy. He founded the G1000 Citizens' Summit, and his work has led to trials in participatory democracy throughout The Netherlands. He is also one of the most highly regarded literary and political writers of his generation, whose most recent book, Congo- The Epic History of a People, won 19 prizes, sold 500,000 copies and has been translated into a dozen languages. It was described as a 'masterpiece' by the Independent and 'magnificent' by The New York Times.

A Preview for this title is currently not available.
More Books By David Van Reybrouck
View All