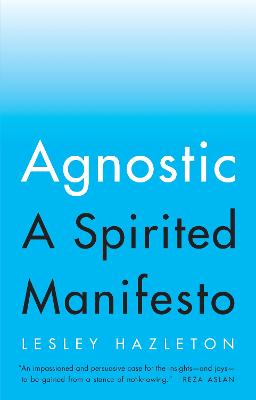 A widely admired writer on religion celebrates agnosticism as the most vibrant, engaging-and ultimately the most honest - stance toward the mysteries of existence.

One in four Americans rejects any affiliation with organized religion, and nearly half of those under thirty describe themselves as "spiritual but not religious." But as the airwaves resound with the haranguing of preachers and pundits, who speaks for the millions who find no joy in whittling the wonder of existence to a simple yes/no choice?

Lesley Hazleton does. In this provocative, brilliant book, she gives voice to the case for agnosticism, breaks it free of its stereotypes as watered-down atheism or amorphous "seeking," and celebrates it as a reasoned, revealing, and sustaining stance toward life. Stepping over the lines imposed by rigid conviction, she draws on philosophy, theology, psychology, science, and more to explore, with curiosity and passion, the vital role of mystery in a deceptively information-rich world; to ask what we mean by the search for meaning; to invoke the humbling yet elating perspective of infinity; to challenge received ideas about death; and to reconsider what "the soul" might be. Inspired and inspiring, Agnostic recasts the question of belief not as a problem to be solved but as an invitation to an ongoing, open-ended adventure of the mind.

Other Editions - Agnostic by Lesley Hazleton 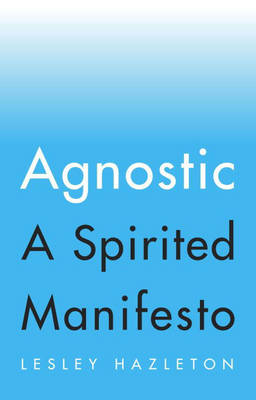 » Have you read this book? We'd like to know what you think about it - write a review about Agnostic book by Lesley Hazleton and you'll earn 50c in Boomerang Bucks loyalty dollars (you must be a Boomerang Books Account Holder - it's free to sign up and there are great benefits!)

Lesley Hazleton is an award-winning writer whose work focuses on the intersection of religion, history, and politics. She reported on the Middle East from Jerusalem for more than a dozen years, and has written for Time, The New York Times, The New York Review of Books, Harper's, The Nation, and The New Republic, among others. Her book After the Prophet was a finalist for a PEN Center USA Literary Award, and she is the recipient of The Stranger's Genius in Literature Award. Hazleton lives in Seattle. From the Hardcover edition.

A Preview for this title is currently not available.
More Books By Lesley Hazleton
View All