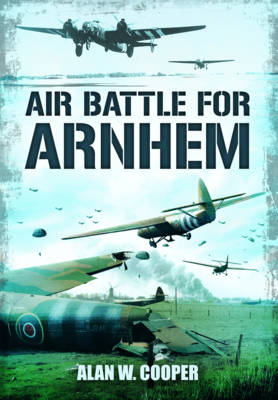 Over sixty years ago a battle took place that, if it had succeeded, could have shortened the Second World War by six months. The operation to take the bridges at Arnhem was given the code name 'Operation Market Garden', Market being the air side of the operation and Garden the subsequent ground operation. The main problem was communications between the ground forces and the re-supply aircraft of the Royal Air Force. It is about their efforts and the courage on evident display at Arnhem upon which this book is based. Over a period of seven days troops of the 1st Airborne were taken by the RAF in towed gliders and then in subsequent days showed courage of the highest order to make sure that the ground troops were supplied with ammunition and food to sustain them in their efforts to take the bridges at Arnhem. Their efforts were costly, 309 aircrew and 79 Air Dispatchers were killed and 107 aircraft, which included the men and aircraft who supported the main re-supply armada. One of the re-supply aircraft, flown by F/Lt David Lord DFC, was shot down. Lord was later awarded the Victoria Cross. His courage and dedication are exemplary of the efforts of the men of Transport Command to make sure the men on the ground were re-supplied. The men of the Air Dispatchers, or AD's as they were known, must always be remembered when regarding Arnhem. Their efforts to make sure the supplies were released from the aircraft, and on to the besieged men on the ground, was a vital factor in getting vital supplies to the troops successfully. This is their story, vividly told, and serves a commemorative purpose, memorialising both the events and, most importantly, the men who participated. ILLUSTRATIONS:

» Have you read this book? We'd like to know what you think about it - write a review about Air Battle for Arnhem book by Alan Cooper and you'll earn 50c in Boomerang Bucks loyalty dollars (you must be a Boomerang Books Account Holder - it's free to sign up and there are great benefits!)

Alan Cooper is a well-known aviation historian and researcher. He has previously published The Men Who Breached the Dams, Beyond the Dams to Tirpitz and Bombers over Berlin. He lives in Hailsham, East Sussex.

A Preview for this title is currently not available.
More Books By Alan Cooper
View All