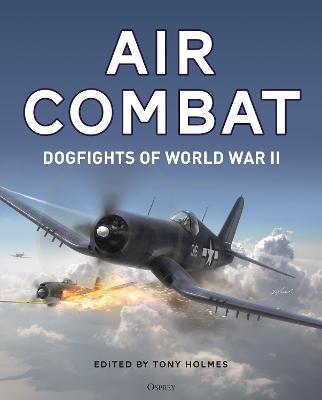 The battle for the skies in World War II fuelled a race between rival air forces to develop ever faster and more capable fighter aircraft - and the struggle for air superiority was never over until the war itself ended.

This volume explores four clashes of some of the finest planes and pilots, in key theatres of the war: Spitfires duelling the formidable Bf 109 over the Channel, the Fw 190 battling the Soviet La 5 and 7 on the Eastern Front, the F4F Wildcat in a desperate clash with the legendary A6M Zero-sen, and the F4U Corsair in combat with the second-generation Japanese Ki-84 in the closing days of the war.

» Have you read this book? We'd like to know what you think about it - write a review about Air Combat: Dogfights of World War II book by Tony Holmes and you'll earn 50c in Boomerang Bucks loyalty dollars (you must be a Boomerang Books Account Holder - it's free to sign up and there are great benefits!)


A Preview for this title is currently not available.
More Books By Tony Holmes
View All