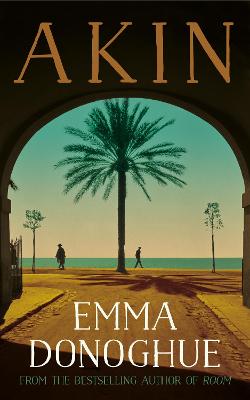 Noah Selvaggio is a retired chemistry professor and widower living on the Upper West Side, but born in the South of France. He is days away from his long-awaited first trip back to Nice, but he receives a call from social services: Noah is the closest available relative of his eleven-year-old great-nephew and he urgently needs someone to take him in.

Plagued by guilt and a feeling of duty to his dead sister, Noah agrees to foster the kid 'just for couple of weeks' and takes him along on his visit to Nice. This unlikely duo, both feeling adrift in their lives and suffering from culture shock, argue about everything from steak frites to Snapchat.

Noah is disappointed by how much Nice has changed since he left. When sharp-eyed Michael identifies the historic Hotel Excelsior in one of Noah's photographs, they decide to check in - but once inside their luxury suite, Noah's perception of his ancestral heritage starts to crack.

Shocking stories of the Nazi occupation surface: a hotel re-purposed for torture, a secret resistance movement, and Noah's mysterious mother on the front lines of history. As dark truths about this famous tourist mecca come to light, Noah learns to appreciate Michael's street-smart wit and ease with technology. He finally grasps the great risks people in all ages have taken for their kin.

Other Editions - Akin by Emma Donoghue 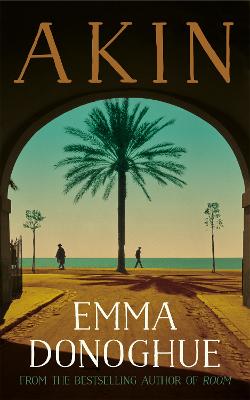 » Have you read this book? We'd like to know what you think about it - write a review about Akin book by Emma Donoghue and you'll earn 50c in Boomerang Bucks loyalty dollars (you must be a Boomerang Books Account Holder - it's free to sign up and there are great benefits!)

I really enjoyed this story of an inter-generational friendship, of sorts.

Retired Professor Noah Selvaggio’s wife passed away nine years ago. They had never had children preferring to dedicate themselves to their careers. He found himself now just going through the paces until it was his time. Noah decides to take a last trip, an eightieth birthday treat, back to his birthplace of Nice, France.

A call out of the blue lands him as temporary custodian of his great-nephew Michael. Left with no other choice Noah takes Michael on his trip. In his luggage he has an envelope of mysterious photographs Noah has found in his late mother’s belongings.

The story unfolds with 80 year old Noah trying to connect with 11 year old Michael who is in turn withdrawn and reticent, more interested in his online games than the sites. Noah being a retired teacher used every opportunity to impart his vast knowledge of just about everything on to Michael. Some things were fascinating although sometimes I found myself, like Michael, just wanting him to stop talking. Michael was also able to teach Noah a thing or two about technology and searching for clues through the internet. Solving the mystery of the photos helped to bring the two together for a common cause.

I really enjoyed the mystery surrounding Noah’s mother during WWII and how the clues slowly unfolded. I felt Noah and Michael’s interactions were well written and believable with both characters getting on my nerves at times.

Overall Akin is an endearing story of family with a compelling mystery as a side story.


A Preview for this title is currently not available.
More Books By Emma Donoghue
View All