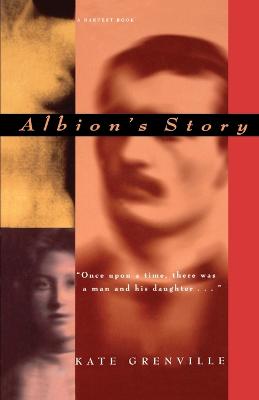 Albion Gidley Singer: well schooled in upper-class Sydney, inheritor of his father's lucrative stationery goods business. An awkward lad, no good at the social games expected of him, he hides behind an assemblage of facts that he trots out, at length, to anyone who will listen. Traumatized by the repugnancies of the world - hunger, poverty, the "underworld" of women - Albion barely manages to stomach the rituals that accompany initiation into manhood. And so, with scientific precision, he searches for a proper mate. He does not agonize over his choice, for he knows that in essence women are all the same, "nearly as interchangeable as the bricks in a wall." Childbirth - that mysterious, unpleasant business - soon follows. His firstborn is Lilian, who proves to be the cruelest of jokes: "Nature had dealt Lilian a nasty blow in making her a female, but I was not going to be cheated of her. She was a chip off the old block in every respect but one, and I was going to make sure that one flaw did not spoil the rest of her." As Lilian matures into a huge, inquiring, iron-willed young woman, "a piglet in a lace nightdress," her gender calls into question Albion's own sense of self, and the ongoing power struggle between father and daughter exacts a stiff toll on both of them.

» Have you read this book? We'd like to know what you think about it - write a review about Albion's Story book by Kate Grenville and you'll earn 50c in Boomerang Bucks loyalty dollars (you must be a Boomerang Books Account Holder - it's free to sign up and there are great benefits!)


A Preview for this title is currently not available.
More Books By Kate Grenville
View All