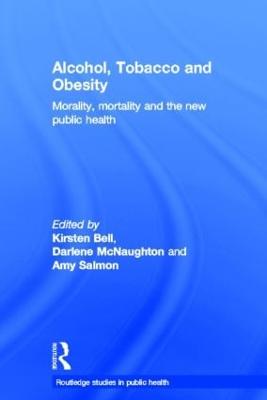 Although drinking, smoking and obesity have attracted social and moral condemnation to varying degrees for more than two hundred years, over the past few decades they have come under intense attack from the field of public health as an 'unholy trinity' of lifestyle behaviours with apparently devastating medical, social and economic consequences. Indeed, we appear to be in the midst of an important historical moment in which policies and practices that would have been unthinkable a decade ago (e.g., outdoor smoking bans, incarcerating pregnant women for drinking alcohol, and prohibiting restaurants from serving food to fat people), have become acceptable responses to the 'risks' that alcohol, tobacco and obesity are perceived to pose.

Hailing from Canada, Australia, the United Kingdom and the USA, and drawing on examples from all four countries, contributors interrogate the ways in which alcohol, tobacco and fat have come to be constructed as 'problems' requiring intervention and expose the social, cultural and political roots of the current public health obsession with lifestyle.

No prior collection has set out to provide an in-depth examination of alcohol, tobacco and obesity through the comparative approach taken in this volume. This book therefore represents an invaluable and timely contribution to critical studies of public health, health inequities, health policy, and the sociology of risk more broadly.

Other Editions - Alcohol, Tobacco and Obesity by Kirsten Bell 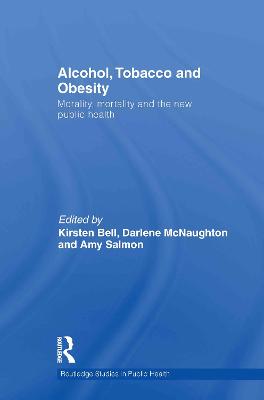 » Have you read this book? We'd like to know what you think about it - write a review about Alcohol, Tobacco and Obesity book by Kirsten Bell and you'll earn 50c in Boomerang Bucks loyalty dollars (you must be a Boomerang Books Account Holder - it's free to sign up and there are great benefits!)

Kirsten Bell is a cultural and medical anthropologist and Research Associate in the Department of Anthropology at the University of British Columbia. Her research interests and publications to date have focused on tobacco, cancer, obesity, genital cutting and new religious movements. Darlene McNaughton is a cultural and medical anthropologist in the School of Public Health at James Cook University, Australia. Her research interests include the nature of subalternity and stigma, the anthropology of biomedicine and the cultural dimensions of public health discourses on obesity. Amy Salmon is a Clinical Assistant Professor in the School of Population and Public Health at the University of British Columbia and the Managing Director for the Canada Northwest FASD Research Network. She also holds research appointments at the Women's Health Research Institute and the Centre for Addictions Research of BC.

A Preview for this title is currently not available.
More Books By Kirsten Bell
View All