New York has seen more than its fair share of horrific attacks, but the city is about to be shaken in a way it never has before.

Two devastating catastrophes hit in quick succession, putting everyone on edge. Detective Michael Bennett is given the near impossible task of hunting down the shadowy terror group responsible.

Then a shocking assassination makes it clear that these inexplicable events are just the prelude to the biggest threat of all. Now Bennett is racing against the clock to save his beloved city - before the most destructive force he has ever faced tears it apart.

Other Editions - Alert by James Patterson 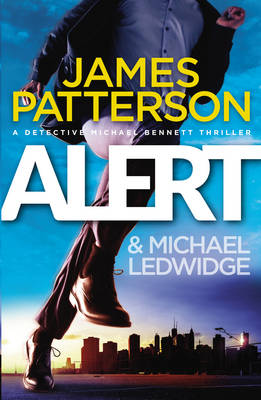 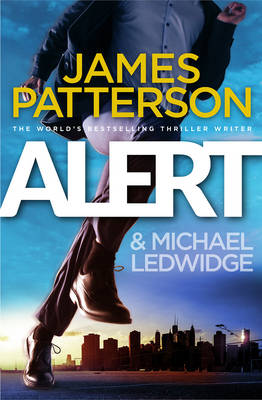 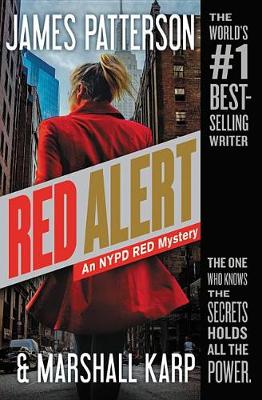 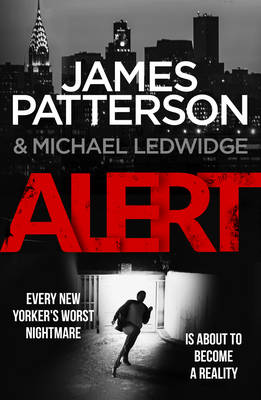 » Have you read this book? We'd like to know what you think about it - write a review about Alert book by James Patterson and you'll earn 50c in Boomerang Bucks loyalty dollars (you must be a Boomerang Books Account Holder - it's free to sign up and there are great benefits!)

Alert is the eighth book in the Michael Bennett series by prolific American author, James Patterson. It is co-written with Michael Ledwidge. Soon after his return from Ireland, Detective Michael Bennett is called to lead the investigation in a subway explosion and firebomb. Before his team makes any headway, the mayor is very publicly assassinated. This is followed by an ElectroMagnetic Pulse bomb that disables a large area if the city. Both NYPD and FBI are distracted by various false leads. More shocking still is the threat to the whole of New York City that is the basis of a ransom demand.

While the members of his Ombudsman Outreach Squad (when do these cops actually do their assigned work?) make some intelligent deductions, Bennett’s own leadership abilities and clever police work are not much in evidence in this installment. Except for some after-the-action work and one chase, for the bulk of the novel Bennett seems to spend a lot of time sitting/standing around waiting for others to uncover facts or draw conclusions. So, despite the fact that there is a lot of drama, and quite a few clever tricks by the perpetrators, there is not much overt police work for the first 80% of the book, and it is, frankly, a wee bit boring until Bennett finally starts connecting the dots.

There’s quite a bit of emphasis on technology and the power to do massive harm, and Patterson manages to insert a few slivers of city history into the tale. For what purpose Bennett and Agent Emily Parker (who seems to be his own personal FBI agent) needed to go to the Atlantic Island is not quite clear, and the reason Bennett is kidnapped rather than gunned down as two nearby cops are, is also a mystery, unless this was so the killers could brag about their nasty deeds to him. The chapters detailing their activities read like a farce.

This one seems to have been phoned in, and while it gets plenty of 4 and 5 star reviews, some readers will reconsider outlaying cash for the next in the series. It may not be quite the brand soup that Patricia Cornwell’s novels occasionally amount to, but there is still a liberal sprinkling of brands throughout the text (do we really need to know it’s a Dunkin’ Donuts napkin that absorbs Bennett’s droplets of sweat? How much does it cost, the reader may wonder, to get your brand mentioned in a James Patterson or Patricia Cornwell novel?) Disappointing. 3 stars

JAMES PATTERSON is one of the best-known and biggest-selling writers of all time. His books have sold in excess of 300 million copies worldwide and he has been the most borrowed author in UK libraries for the past nine years in a row. He is the author of some of the most popular series of the past two decades u the Alex Cross, Women's Murder Club, Detective Michael Bennett and Private novels u and he has written many other number one bestsellers including romance novels and stand-alone thrillers. James is passionate about encouraging children to read. Inspired by his own son who was a reluctant reader, he also writes a range of books for young readers including the Middle School, I Funny, Treasure Hunters, House of Robots, Confessions, and Maximum Ride series. James is the proud sponsor of the World Book Day Award and has donated millions in grants to independent bookshops. He lives in Florida with his wife and son.