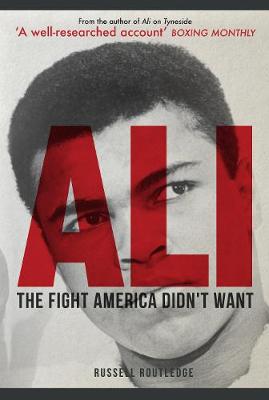 Has everything been said about Muhammad Ali, once the most famous man in the world? No. There is one special bout that has, over time, been largely overlooked, where both the fight and shenanigans surrounding it have never been fully recorded. In early 1970, a fight involving Ali was avoided by every state in America - until Atlanta in Georgia decided to take a chance. They proposed an Ali fight, with 'White Hope' Jerry Quarry being the opponent. The comparisons of Ali's come-backing bout with that of the ' Great White Hope', Jim Jefferie's return to face Jack Johnson in 1910 was unavoidable. Atlanta, once the homeland of the Klu Klux Klan, was plagued by objections when a prize fight involving Ali, a black draft evader, was planned. When the 'Black Mecca' of the South eventually put on the fight it attracted the highest echelons of both the entertainment and criminal sections of African-American society. They came together to witness the return of their fighting hero, but the 'party spirit' was soon replaced by anger, empty pockets and rumours of deadly retribution. An after fight party became the scene of one of the biggest and brazen armed robberies the American South had seen. Ali's life would be forever linked to the city that initially reintroduced him globally.Twenty six years later, the same city and same fighter would come together in one of the most memorable moments in sporting history, when Ali lifted the Olympic flame as a black sporting hero in front of the whole world.

Other Editions - Ali by Russell Routledge 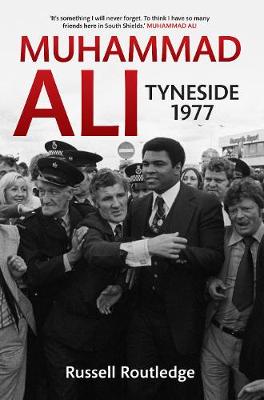 » Have you read this book? We'd like to know what you think about it - write a review about Ali book by Russell Routledge and you'll earn 50c in Boomerang Bucks loyalty dollars (you must be a Boomerang Books Account Holder - it's free to sign up and there are great benefits!)

Russell Routledge is the author of Muhammad Ali: Tyneside 1977. He was lucky enough to spend time with the champion himself on several occasions.

A Preview for this title is currently not available.
More Books By Russell Routledge
View All