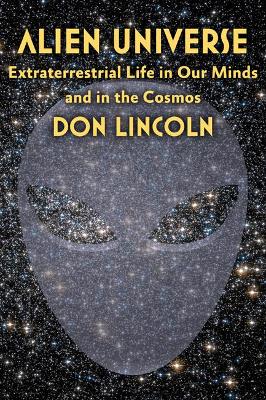 Extraterrestrial Life in Our Minds and in the Cosmos

If extraterrestrials exist, where are they? How likely is it that somewhere in the universe an Earth-like planet supports an advanced culture? Why do so many people claim to have encountered Aliens? In this gripping exploration, scientist Don Lincoln exposes and explains the truths about the belief in and the search for life on other planets. In the first half of Alien Universe, Lincoln looks to Western civilization's collective image of Aliens, showing how our perceptions of extraterrestrials have evolved over time. The roots of this belief can be traced as far back as our earliest recognition of other planets in the universe-the idea of them supporting life was a natural progression of thinking that has fascinated us ever since. Our captivation with Aliens has, however, led to mixed results. The world was fooled in the nineteenth century during the Great Moon Hoax of 1835, and many people misunderstood Orson Welles's 1938 radio broadcast, The War of the Worlds, leading to significant anxiety among some listeners. Our continuing interest in Aliens is reflected in entertainment successes such as E.T., The X-Files, and Star Trek.
The second half of the book explores the scientific possibility of whether advanced Alien civilizations do exist. For many years, researchers have sought to answer Enrico Fermi's great paradox-if there are so many planets in the universe and there is a high probability that many of those can support life, then why have we not actually encountered any Aliens? Lincoln describes how modern science teaches us what is possible and what is not in our search for extraterrestrial civilizations. Whether you are drawn to the psychological belief in Aliens, the history of our interest in life on other planets, or the scientific possibility of Alien existence, Alien Universe is sure to hold you spellbound.

» Have you read this book? We'd like to know what you think about it - write a review about Alien Universe book by Don Lincoln and you'll earn 50c in Boomerang Bucks loyalty dollars (you must be a Boomerang Books Account Holder - it's free to sign up and there are great benefits!)

A Preview for this title is currently not available.
More Books By Don Lincoln
View All

The Large Hadron Collider: The Extraordinary Story of the Higgs Boson and Other Stuff That Will Blow Your Mind
$48.99 $49.99