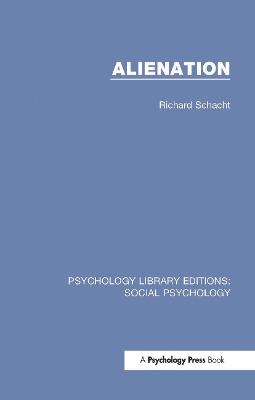 'Alienation' is the catchword of our time. It has been applied to everything from the new politics to the anti-heroes of today's films. But what does it mean to say that someone is alienated? Is alienation a state of mind, or a relationship? If modern man is indeed alienated, is it from his work, his government, his society, or himself - or from all of these?

Richard Schacht, in this intelligent analysis, gets to the root of these questions. Examining the concept of alienation in the works of Hegel and Marx, he gives a clear account of the origins of the modern usage of the term. Among the many insights to be gained from this analysis is a clear understanding of Hegel's influence on Marx in this most crucial area. Mr Schacht goes on to discuss the concept of alienation in recent philosophical and sociological literature, particularly in the writings of Erich Fromm. Here he finds a great deal of confusion, which has resulted in a series of almost universally unquestioned misconceptions.

This, then, is a book for all of us who use - and mis-use - the term 'alienation', and who are interested in the concepts it brings to mind. The arguments of Professor Walter Kaufmann's introductory essay provide a useful background for Mr Schacht's analysis. In this essay, Professor Kaufmann states that 'henceforth nobody should write about alienation without first reading Schacht's book.'

Other Editions - Alienation by Richard Schacht 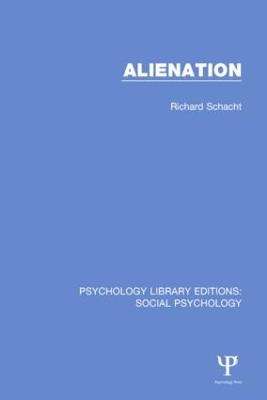 » Have you read this book? We'd like to know what you think about it - write a review about Alienation book by Richard Schacht and you'll earn 50c in Boomerang Bucks loyalty dollars (you must be a Boomerang Books Account Holder - it's free to sign up and there are great benefits!)


A Preview for this title is currently not available.
More Books By Richard Schacht
View All