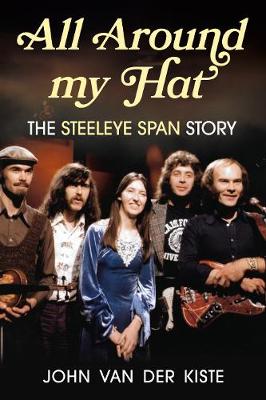 All Around my Hat: The Steeleye Span Story

Description - All Around my Hat: The Steeleye Span Story by John Van der Kiste

Steeleye Span have been at the forefront of British folk-rock for almost half a century. Formed in 1969 by Ashley Hutchings after his departure from Fairport Convention, the genre's founding fathers, and named after a character in an old Lincolnshire song, they began as a traditional folk group but gradually moved more into folk-rock territory. They dismayed some fans but acquired many others, with their disdain for the more purist elements, and a love of mixing original material with traditional songs, ambitious musical arrangements, multi-part harmonies, collaborations with pop producer and arranger Mike Batt and writer Terry Pratchett, and even occasional guest appearances on their records from Peter Sellers and David Bowie. This biography looks in detail at the music, the many personnel changes with vocalist Maddy Prior an almost constant presence throughout their long history, the highs and lows, and periods of commercial success - notably with the hit singles `All Around my Hat' and `Gaudete' - which have made them a well-respected staple of the British music scene for so long.

Book Reviews - All Around my Hat: The Steeleye Span Story by John Van der Kiste

» Have you read this book? We'd like to know what you think about it - write a review about All Around my Hat: The Steeleye Span Story book by John Van der Kiste and you'll earn 50c in Boomerang Bucks loyalty dollars (you must be a Boomerang Books Account Holder - it's free to sign up and there are great benefits!)


A Preview for this title is currently not available.
More Books By John Van der Kiste
View All