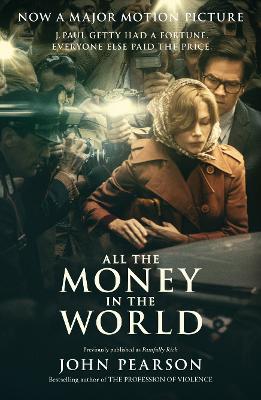 All the Money in the World

Description - All the Money in the World by John Pearson

Inspired by the fortunes and misfortunes of the Getty family, whose most extraordinary and troubled episode - the kidnap and ransom of grandson Paul Getty - is now a major motion picture, directed by Ridley Scott, from a screenplay written by David Scarpa and starring Michelle Williams, Christopher Plummer and Mark Wahlberg.

When sixteen-year-old Paul Getty was kidnapped, the news exploded worldwide. But his grandfather, J. Paul Getty, the richest living American, refused to pay the ransom, oblivious to his sufferings. And as the days dragged painfully on, it was Paul's distraught but determined mother Gail who was left to negotiate with his captors...

In this full biography of the Getty family, John Pearson traces the creation of their phenomenal wealth and the ways in which it has touched and tainted the lives of various generations. Packed with colourful characters, bitter feuds and unexpected turns, it is a riveting insight into the lives of the super-rich.

Buy All the Money in the World by John Pearson from Australia's Online Independent Bookstore, Boomerang Books.


Other Editions - All the Money in the World by John Pearson 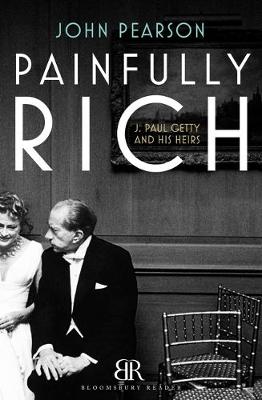 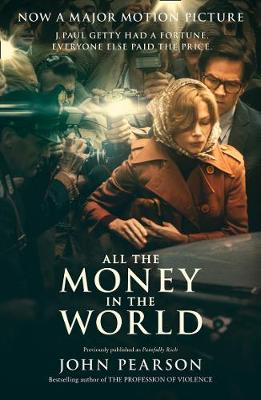 Book Reviews - All the Money in the World by John Pearson

» Have you read this book? We'd like to know what you think about it - write a review about All the Money in the World book by John Pearson and you'll earn 50c in Boomerang Bucks loyalty dollars (you must be a Boomerang Books Account Holder - it's free to sign up and there are great benefits!)

John Pearson is the author of several novels and biographies including The Life of Ian Fleming, Stags and Serpents: The History of the Dukes of Devonshire and The Profession of Violence: The Rise and Fall of the Kray Twins, which was awarded the Edgar Allan Poe Special Award by the Mystery Writers of America.

A Preview for this title is currently not available.
More Books By John Pearson
View All

The Dramatic Works of Thomas Heywood: The Faire Maid of the Exchange. a Woman Killed with Kindnesse. the Four Prentises of London. the Fair Maid of the West
Available, ships in 8-11 days
$110.10 $122.33

The Church and the Ministry: Containing Three Theological Determinations
Available, ships in 8-11 days
$43.53 $48.37

An Exposition of the Creed. by John, Lord Bishop of Chester. Ehe[sic] Eighth Edition Revised and Corrected
Available, ships in 8-11 days
$76.59 $85.10