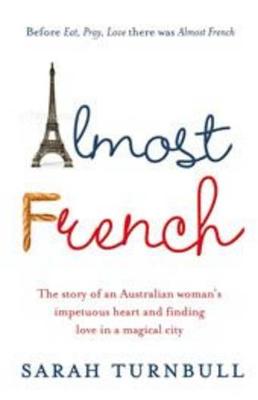 Before Eat, Pray, Love there was Almost French.

Before Eat, Pray, Love there was Almost French.

'This isn't like me. I'm not the sort of girl who crosses continents to meet up with a man she hardly knows. Paris hadn't even been part of my travel plan ...'

After backpacking her way around Europe journalist Sarah Turnbull is ready to embark on one last adventure before heading home to Sydney. A chance meeting with a charming Frenchman in Bucharest changes her travel plans forever. Acting on impulse, she agrees to visit Frederic in Paris for a week.

Put a very French Frenchman together with a strong-willed Australian girl and the result is some spectacular - and often hilarious - cultural clashes. Language is a minefield of misunderstanding and the simple act of buying a baguette is fraught with social danger. But as she navigates the highs and lows of this strange new world, from the sophisticated cafes and haute couture fashion houses to the picture postcard French countryside, little by little Sarah falls under its spell- passionate, mysterious, infuriating, and charged with that French specialty - seduction. And it becomes her home.

Almost French is the story of an adventurous heart, a maddening city - and love. 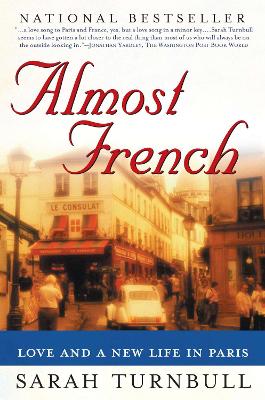 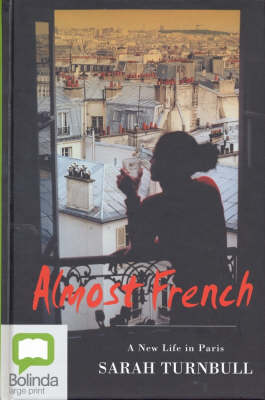 » Have you read this book? We'd like to know what you think about it - write a review about Almost French book by Sarah Turnbull and you'll earn 50c in Boomerang Bucks loyalty dollars (you must be a Boomerang Books Account Holder - it's free to sign up and there are great benefits!)

Sarah Turnbull is a freelance writer. Formerly a television journalist with SBS, she began working in print media after moving to France from Sydney. Since then she has been writing regularly for magazines ranging from The Australian Magazine to Australian Gourmet Traveller. In the 1998 MPA awards Sarah was named Feature Writer of the Year for three investigative stories published in Marie Claire. As a student at the Australian National University, she studied politics, Fine Art and French. Sarah dropped French after failing the subject in her first year. Almost French has been sold in the UK and the US and the feature film will be released in 2014. Her most recent book is All Good Things.