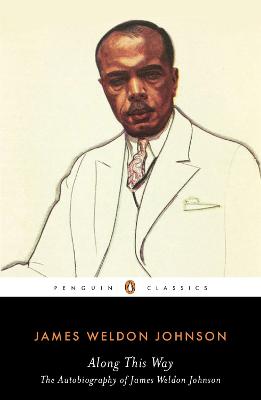 The Autobiography of James Weldon Johnson

Description - Along This Way by James Weldon Johnson

Published just four years before his death in 1938, James Weldon Johnson's autobiography is a fascinating portrait of an African American who broke the racial divide at a time when the Harlem Renaissance had not yet begun to usher in the civil rights movement. Not only an educator, lawyer, and diplomat, Johnson was also one of the most revered leaders of his time, going on to serve as the first black president of the NAACP (which had previously been run only by whites), as well as write the groundbreaking novel The Autobiography of an Ex-Colored Man. Beginning with his birth in Jacksonville, Florida, and detailing his education, his role in the Harlem Renaissance, and his later years as a professor and civil rights reformer, Along This Way is an inspiring classic of African American literature.

Other Editions - Along This Way by James Weldon Johnson 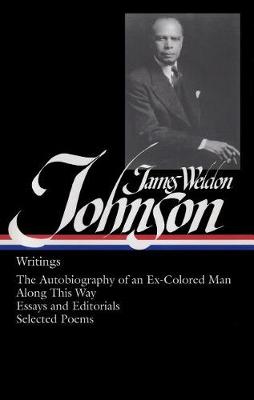 Book Reviews - Along This Way by James Weldon Johnson

» Have you read this book? We'd like to know what you think about it - write a review about Along This Way book by James Weldon Johnson and you'll earn 50c in Boomerang Bucks loyalty dollars (you must be a Boomerang Books Account Holder - it's free to sign up and there are great benefits!)

James Weldon Johnson was born in Jacksonville, Florida, in 1871. Among the first to break through the barriers segregating his race, he was educated at Atlanta University and at Columbia and was the first black admitted to the Florida bar. He was also, for a time, a songwriter in New York, American consul in Venezuela and Nicaragua, executive secretary of the NAACP, and professor of creative literature at Fisk University--experiences recorded in his autobiography, Along This Way. Other books by him include Saint Peter Relates an Incident, Black Manhattan, and God's Trombones: Seven Negro Sermons in Verse. In addition to his own writing, Johnson was the editor of pioneering anthologies of black American poetry and spirituals. He died in 1938.