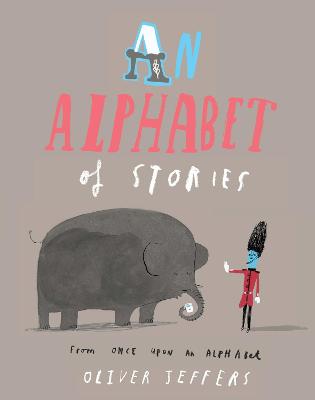 An Alphabet of Stories

Description - An Alphabet of Stories by Oliver Jeffers

The alphabet is gloriously brought to life by international best-selling picture book creator, Oliver Jeffers. This beautiful paperback edition is based on Once Upon an Alphabet which won the CBI Book of the Year Award. From an astronaut afraid of heights, to dynamic detectives the Owl and the Octopus, by way of some rusting robots, you will find within this book a short story inspired by every letter of the alphabet.

By turns funny, sad, mischievous and surprising, these entertaining mini-tales are accompanied by Jeffers' witty and inviting illustrations.

Book Reviews - An Alphabet of Stories by Oliver Jeffers

» Have you read this book? We'd like to know what you think about it - write a review about Alphabet of Stories book by Oliver Jeffers and you'll earn 50c in Boomerang Bucks loyalty dollars (you must be a Boomerang Books Account Holder - it's free to sign up and there are great benefits!)

Oliver Jeffers graduated from The University of Ulster in 2001 with First Class honours. His outstanding talent has been recognised by several high-profile awards, including the Nestle Children's Book Prize Gold Award. `Lost and Found' animation was broadcast on Channel 4. Oliver lives and works in Brookyln, New York.