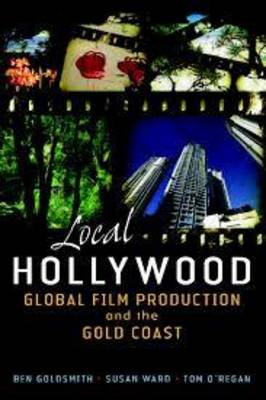 Was Australian culture born modern or has it always been behind the game, never quite modern enough? Was it always already or only always almost modern? David Carter's essays examine the complex engagements of Australian writers, artists, editors and consumers with 20th-century modernity, social and political crisis, and the impact of modernisms. Always Almost Modern ranges from the great mid-century novels of authors such as Eleanor Dark and M. Barnard Eldershaw to the unprecedented bestseller that was They're a Weird Mob, from famous to largely forgotten local magazines and to film and television, and from the avant-garde to nationalism, communism and the middlebrow. Chapters engage with key themes in contemporary literary and cultural studies, exploring new ways of understanding Australian culture in terms of its modernity and transnationalism.

» Have you read this book? We'd like to know what you think about it - write a review about Always Almost Modern: Australian Print Cultures and Modernity book by David Carter and you'll earn 50c in Boomerang Bucks loyalty dollars (you must be a Boomerang Books Account Holder - it's free to sign up and there are great benefits!)


A Preview for this title is currently not available.
More Books By David Carter
View All

A Practical Guide to Building Self-Esteem: Accept, Value and Empower Yourself
$11.04 $12.99