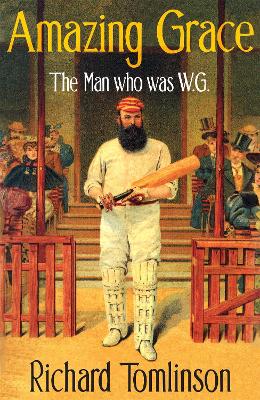 The Man Who was W.G.

On a sunny afternoon in May 1868, nineteen-year-old Gilbert Grace stood in a Wiltshire field, wondering why he was playing cricket against the Great Western Railway Club. A batting genius, 'W. G.' should have been starring at Lord's in the grand opening match of the season. But MCC did not want to elect this humble son of a provincial doctor. W. G's career was faltering before it had barely begun.Grace finally forced his way into MCC and over the next three decades, millions came to watch him - not just at Lord's, but across the British Empire and beyond. Only W. G. could boast a fan base that stretched from an American Civil War general and the Prince of Wales's mistress to the children who fingered his coat-tails as he walked down the street, just to say 'I touched him'.The public never knew the darker story behind W. G.'s triumphal progress. Accused of avarice, W. G. was married to the daughter of a bankrupt. Disparaged as a simpleton, his subversive mind recast how to play sport - thrillingly hard, pushing the rules, beating his opponents his own way.In AMAZING GRACE, Richard Tomlinson unearths a life lived so far ahead of his times that W. G. is still misunderstood today. For the first time, Tomlinson delves into long-buried archives in England and Australia to reveal the real W. G: a self-made, self-destructive genius, at odds with the world and himself. 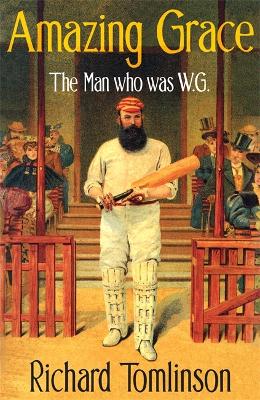 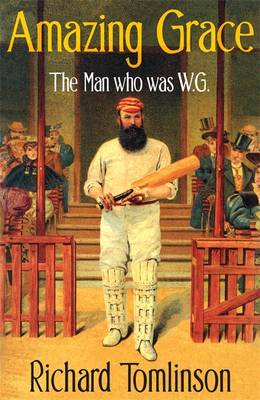 » Have you read this book? We'd like to know what you think about it - write a review about Amazing Grace book by Richard Tomlinson and you'll earn 50c in Boomerang Bucks loyalty dollars (you must be a Boomerang Books Account Holder - it's free to sign up and there are great benefits!)

A historian and former playing member of MCC, Richard Tomlinson received his Ph.D. from Cambridge University before becoming an award-winning international journalist with the Independent, Fortuneand other publications in Europe, North America and Asia. In Amazing Grace: The Man who was W.G., Tomlinson combines his passion for cricket and historian's eye to connect Grace's astounding feats on the playing field with an imperial landscape populated by a Dickensian cast of characters who crossed his majestic path, from failed Australian gold rush speculators and an American Civil War hero to the syphilitic secretary of MCC.