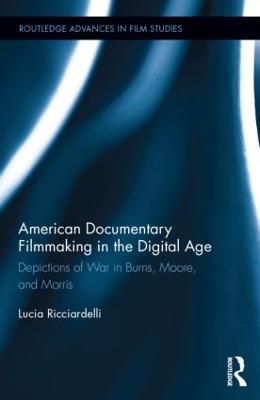 Depictions of War in Burns, Moore, and Morris

American Documentary Filmmaking in the Digital Age examines the recent challenges to the conventions of realist documentary through the lens of war documentary films by Ken Burns, Michael Moore, and Errol Morris. During the twentieth century, the invention of new technologies of audiovisual representation such as cinema, television, video, and digital media have transformed the modes of historical narration and with it forced historians to assess the impact of new visual technologies on the construction of history. This book investigates the manner in which this contemporary Western "crisis" in historical narrative is produced by a larger epistemological shift in visual culture. Ricciardelli uses the theme of war as depicted in these directors' films to focus her study and look at the model(s) of national identity that Burns, Morris, and Moore shape through their depictions of US military actions. She examines how postcolonial critiques of historicism and the advent of digitization have affected the narrative structure of documentary film and the shaping of historical consciousness through cinematic representation. 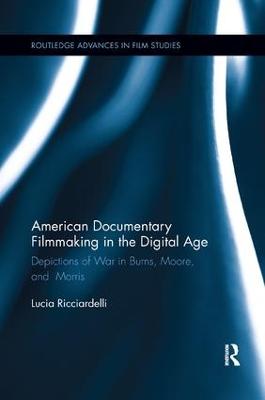 » Have you read this book? We'd like to know what you think about it - write a review about American Documentary Filmmaking in the Digital Age book by Lucia Ricciardelli and you'll earn 50c in Boomerang Bucks loyalty dollars (you must be a Boomerang Books Account Holder - it's free to sign up and there are great benefits!)

Lucia Ricciardelli is Assistant Professor in the School of Film and Photography at Montana State University, US.

A Preview for this title is currently not available.
More Books By Lucia Ricciardelli
View All

American Documentary Filmmaking in the Digital Age
No Stock on Hand, Supplier Has No Due Date for Supply.
$81.89 $90.99