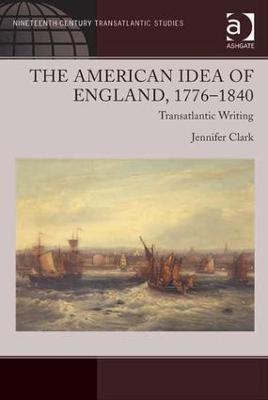 Description - The American Idea of England, 1776-1840 by Jennifer Clark

» Have you read this book? We'd like to know what you think about it - write a review about American Idea of England, 1776-1840 book by Jennifer Clark and you'll earn 50c in Boomerang Bucks loyalty dollars (you must be a Boomerang Books Account Holder - it's free to sign up and there are great benefits!)

Jennifer Clark is Academic Director for the Faculty of Arts and Sciences and a member of the School of Humanities at the University of New England, Australia, where she teaches American and Australian History. She is the author of Aborigines and Activism: Race, Aborigines and the Coming of the Sixties to Australia (2008).

A Preview for this title is currently not available.
More Books By Jennifer Clark
View All