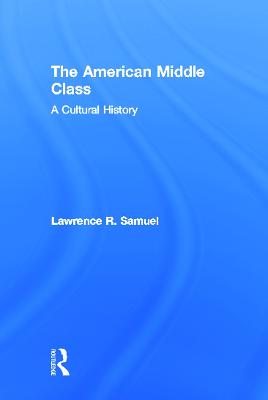 The middle class is often viewed as the heart of American society, the key to the country's democracy and prosperity. Most Americans believe they belong to this group, and few politicians can hope to be elected without promising to serve the middle class. Yet today the American middle class is increasingly seen as under threat. In The American Middle Class: A Cultural History, Lawrence R. Samuel charts the rise and fall of this most definitive American population, from its triumphant emergence in the post-World War II years to the struggles of the present day.

Between the 1920s and the 1950s, powerful economic, social, and political factors worked together in the U.S. to forge what many historians consider to be the first genuine mass middle class in history. But from the cultural convulsions of the 1960s, to the 'stagflation' of the 1970s, to Reaganomics in the 1980s, this segment of the population has been under severe stress. Drawing on a rich array of voices from the past half-century, The American Middle Class explores how the middle class, and ideas about it, have changed over time, including the distinct story of the black middle class. Placing the current crisis of the middle class in historical perspective, Samuel shows how the roots of middle-class troubles reach back to the cultural upheaval of the 1960s.

The American Middle Class takes a long look at how the middle class has been winnowed away and reveals how, even in the face of this erosion, the image of the enduring middle class remains the heart and soul of the United States.

Other Editions - The American Middle Class by Lawrence R Samuel » Have you read this book? We'd like to know what you think about it - write a review about American Middle Class book by Lawrence R Samuel and you'll earn 50c in Boomerang Bucks loyalty dollars (you must be a Boomerang Books Account Holder - it's free to sign up and there are great benefits!)

Lawrence R. Samuel is the founder of Culture Planning, LLC, a consulting company offering cultural insight to Fortune 500 companies. He holds a Ph.D. in American Studies from the University of Minnesota, and was a Smithsonian Institution Fellow.

A Preview for this title is currently not available.
More Books By Lawrence R Samuel
View All