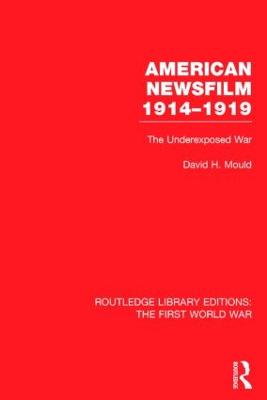 The First World War was the first conflict in which film became a significant instrument of propaganda. For the United States, the war had two distinct phases: from August 1914 to April 1917, America was officially a neutral country; after April 1917 the United States was in the war, providing men, money and munitions for the Allies. These two phases are mirrored in the newsreels and documentary films shown in the United States. This volume starts by examining the background to the war for the movie industry - the coverage of previous conflicts and the growth of the newsreel. It examines the experiences of American cameramen who worked in the war zone: their efforts to gain access to the front, to overcome problems ranging from unreliable equipment to poor lighting conditions to evading censorship and how this shaped the coverage of the war. 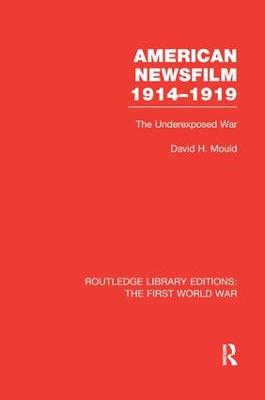 » Have you read this book? We'd like to know what you think about it - write a review about American Newsfilm 1914-1919 book by David H. Mould and you'll earn 50c in Boomerang Bucks loyalty dollars (you must be a Boomerang Books Account Holder - it's free to sign up and there are great benefits!)

Dr. David Mould is Professor Emeritus of Media Arts & Studies at Ohio University (U.S.A), a freelance journalist, and international media trainer. His background is in European, 19th century American, and documentary film history. His research has focused on media in conflict from the First World War to the late 20th century and on post-Soviet media in Central Asia. Brought up in Britain, he worked as a newspaper reporter and television news producer before moving to the United States. He is the author of three books and articles for publications such as Times Higher Education and The Christian Science Monitor.

A Preview for this title is currently not available.
More Books By David H. Mould
View All