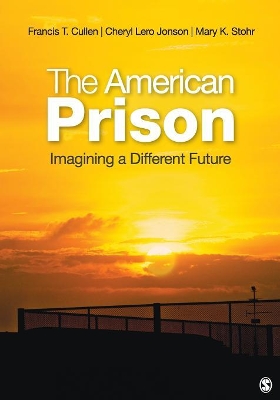 This volume is an attempt to be at the forefront of engaging in this conversation about the future of the American prison. Inathirteen chapters,athe authorsaask established correctional scholars to imagine what this prison future might entail. Each scholar uses their expertise to craftuin an accessible way for students to readua blueprint for how to create a new penology along a particular theme. At the bookAEs end, the editors write a comprehensive essay that will pull together the olessons learnedoe from the preceding chapters.Features and Benefits1. Written by talented corrections scholars, the volume includes 12 different ideas, divided into six parts, on how to improve the American prison.2. The scholarsahave contributed essays that use correctional research and theory to map out feasible approaches for fashioning a truly humane and effective prison. 3. Each chapter is introduced by the Editors who highlight the chapters importance and relevance to changing today's correctional environment.

» Have you read this book? We'd like to know what you think about it - write a review about American Prison book by Francis T. Cullen and you'll earn 50c in Boomerang Bucks loyalty dollars (you must be a Boomerang Books Account Holder - it's free to sign up and there are great benefits!)

Francis T. Cullen is Distinguished Research Professor Emeritus in the School of Criminal Justice at the University of Cincinnati, where he also holds an appointment as Senior Research Associate. He received a Ph.D. (1979) in sociology and education from Columbia University. Professor Cullen has published more than 300 works in the areas of criminological theory, corrections, white-collar crime, public opinion, and the measurement of sexual victimization. He is author of Rethinking Crime and Deviance Theory: The Emergence of a Structuring Tradition and is coauthor of Reaffirming Rehabilitation, Corporate Crime Under Attack: The Ford Pinto Case and Beyond, Criminology, Combating Corporate Crime: Local Prosecutors at Work, Unsafe in the Ivory Tower: The Sexual Victimization of College Women, Criminological Theory: Context and Consequences, and Environmental Corrections: A New Paradigm for Supervising Offenders in the Community. He also is coeditor of Criminological Theory: Past to Present-Essential Readings, Taking Stock: The Status of Criminological Theory, The Origins of American Criminology, the Encyclopedia of Criminological Theory, The Oxford Handbook of Criminological Theory, The American Prison: Imagining a Different Future, Challenging Criminological Theory: The Legacy of Ruth Rosner Kornhauser, and Sisters in Crime Revisited: Bringing Gender into Criminology. Professor Cullen is a Past President of the American Society of Criminology and of the Academy of Criminal Justice Sciences. In 2010, he received the ASC Edwin H. Sutherland Award. Cheryl Lero Jonson is Assistant Professor in the Department of Criminal Justice at Xavier University. She received a Ph.D. (2010) in criminal justice from the University of Cincinnati. She is coeditor of The Origins of American Criminology, Sisters in Crime Revisited: Bringing Gender into Criminology, The American Prison: Imagining a Different Future, and Deterrence, Choice, and Crime: Contemporary Perspectives. Her published work has appeared in Criminology and Public Policy, Crime and Justice: A Review of Research, and Victims and Offenders. Her current research interests include correctional policy, the impact of incarceration on recidivism, the use of incentives to downsize American prisons, inmate adjustment to conditions of confinement, strategies to prevent school shootings, and work reactions among criminal justice employees. From 2012 to 2015, she served as an Executive Counselor of the Corrections Section of the Academy of Criminal Justice Sciences. Mary K. Stohr is a Professor in the Department of Criminal Justice and Criminology at Washington State University. She received a PhD (1990) in political science, with specializations in criminal justice and public administration, from Washington State University. Many moons ago, and before she earned her graduate degrees, she worked as a correctional officer and then as a counselor in an adult male prison in Washington State. Professor Stohr has published over 80 academic works in the areas of correctional organizations and operation, correctional personnel, inmate needs and assessment, program evaluation, gender, and victimization. Her books, with others, include The American Prison (with Cullen and Jonson); Corrections: The Essentials (with Walsh); Correctional Assessment, Casework and Counseling (with Walsh); Corrections: A Text Reader (with Walsh and Hemmens); Criminal Justice Management: Theory and Practice in Justice Centered Organizations (with Collins); and The Prison Experience (with Hemmens). She is the Executive Director of the Academy of Criminal Justice Sciences, received the Founders Award from ACJS in 2009, and is a Co-Founder of the Corrections Section of ACJS. 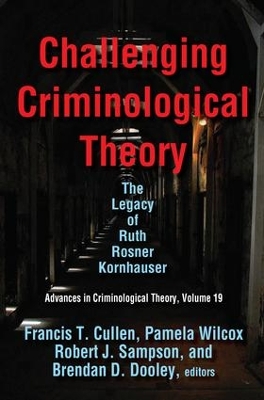 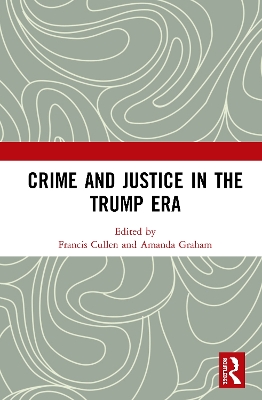