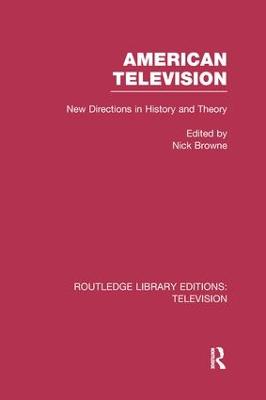 New Directions in History and Theory

This work brings together writings on television published in Quarterly Review of Film and Video, from essays by Nick Browne and Beverle Houston to the latest historical and critical research. It considers television's economics, technologies, forms and audiences from a cultural perspective that links history, theory and criticism. The authors address several key issues: the formative period in American television history; the relation between television's political economy and its cultural forms; gender and melodrama; and new technologies such as video games and camcorders. Originally published in 1993. 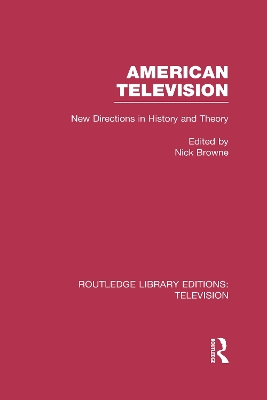 » Have you read this book? We'd like to know what you think about it - write a review about American Television book by Nick Browne and you'll earn 50c in Boomerang Bucks loyalty dollars (you must be a Boomerang Books Account Holder - it's free to sign up and there are great benefits!)


A Preview for this title is currently not available.
More Books By Nick Browne
View All