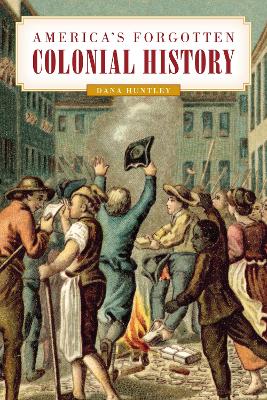 This is what we all learned in school: Pilgrims on the Mayflower landed at Plymouth Rock in 1620. They had a rough start, but ultimately made a go of it, made friends with the Indians, and celebrated with a big Thanksgiving dinner. Other uptight religious Puritans followed them and the whole place became New England. There were some Dutch down in New York, and sooner or later William Penn and the Quakers came to build the City of Brotherly Love in Pennsylvania, and finally it was 1776 and time to revolt against King George III and become America.

That's it. That's the narrative of American colonial history known to one and all. Yet there are 150 years - six or seven generations between Plymouth Plantation and the 1770s - that are virtually unknown in our national consciousness and unaccounted for in our American narrative.

Who, what, when, where and why people were motivated to make a two-month crossing on the North Atlantic to carve a life in a largely uncharted, inhospitable wilderness? How and why did they build the varied societies that they did here in the New World colonies? How and why did we become America?

» Have you read this book? We'd like to know what you think about it - write a review about America's Forgotten Colonial History book by Dana Huntley and you'll earn 50c in Boomerang Bucks loyalty dollars (you must be a Boomerang Books Account Holder - it's free to sign up and there are great benefits!)