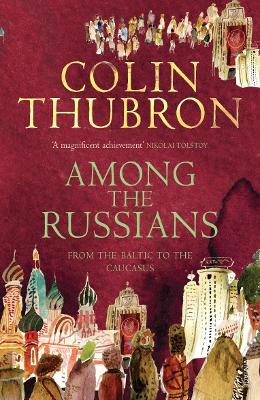 Description - Among The Russians by Colin Thubron

Among the Russians is a marvellous account of a solitary journey by car from St. Petersburg and the Baltic States south to Georgia and Armenia. A gifted writer and intrepid traveller, Thubron grapples with the complexities of Russian identity and relays his extraordinary journey in characteristically lyrical style. This is an enthralling and revealing account of the habits and idiosyncrasies of a fascinating nation along with a sharp and insightful social commentary of Russian life.

Other Editions - Among The Russians by Colin Thubron 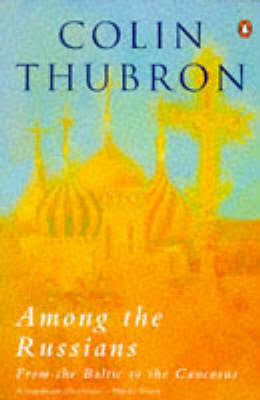 Book Reviews - Among The Russians by Colin Thubron

» Have you read this book? We'd like to know what you think about it - write a review about Among The Russians book by Colin Thubron and you'll earn 50c in Boomerang Bucks loyalty dollars (you must be a Boomerang Books Account Holder - it's free to sign up and there are great benefits!)

Colin Thubron is an acknowledged master of travel writing, and the winner of many prizes and awards. His first writing was about the Middle East - Damascus, Lebanon and Cyprus. In 1982 he travelled into the Soviet Union in an ancient Morris Marina, pursued by the KGB, a journey he recorded in Among the Russians. From these early experiences developed his classic travel books- Behind the Wall (winner of the Hawthornden Prize and the Thomas Cook Travel Award), The Lost Heart of Asia, In Siberia (Prix Bouvier) and Shadow of the Silk Road. His most recent book is To a Mountain in Tibet (all available in Vintage). In 2010 Colin Thubron became President the Royal Society of Literature.

A Preview for this title is currently not available.
More Books By Colin Thubron
View All