Description - Among The Thugs by Bill Buford

Before Running with the Firm came Among the Thugs - the bestselling classic account of football violence in English football.

Welcome to the world of football thuggery.

They have names like Bonehead, Paraffin Pete and Steamin' Sammy. They like lager, football, the Queen, and themselves. They love England. They dislike the rest of the known universe.

From following Manchster's Red Army to drinking with skinheads, acclaimed writer Bill Buford enters this alternate society and records both its savageries and its sinister allure with the social imagination of George Orwell and the raw personal engagement of Hunter S. Thompson.

Among the Thugs is a terrifying, malevolently funny, supremely chilling book about the experience, and the eerie allure, of crowd violence and football culture.

Other Editions - Among The Thugs by Bill Buford 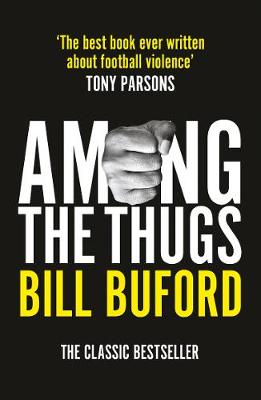 Book Reviews - Among The Thugs by Bill Buford

» Have you read this book? We'd like to know what you think about it - write a review about Among The Thugs book by Bill Buford and you'll earn 50c in Boomerang Bucks loyalty dollars (you must be a Boomerang Books Account Holder - it's free to sign up and there are great benefits!)

Bill Buford is a staff writer for The New Yorker, where he was previously the fiction editor for eight years. He was editor-in-chief for Granta magazine for sixteen years and was also the publisher of Granta Books. He is the author of Heat. He lives in Lyon.

A Preview for this title is currently not available.
More Books By Bill Buford
View All

Dirt: Adventures in French Cooking from the bestselling author of Heat
$45.68 $50.76