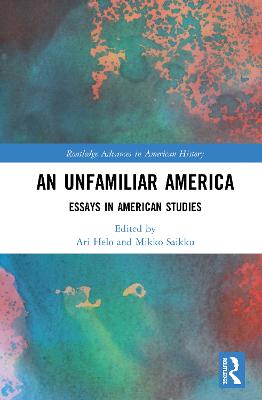 This collection focuses on conceptions of the unfamiliar from the viewpoint of mainstream American history: aliens, immigrants, ethnic groups, and previously unencountered ideas and ideologies in Trumpian America. The book suggests bringing historical thinking back to the center of American Studies, given that it has been recently challenged by the influential memory studies boom. As much as identity-building appears to be the central concern for much of the current practice in American history writing, it is worth keeping in mind that historical truth may not always directly contribute to one's identity-building. The researcher's constant quest for truth does not equate to already possessing it. History changes all the time, because it consists of our constant reinterpretation of the past. It is only the past that does not change. This collection aims at keeping these two apart, while scrutinizing a variety of contested topics in American history, from xenophobic attitudes toward eighteenth-century university professors, Apache masculinity, Ku Klux Klan, Tom Waits's lyrics, and the politics of the Trump era.

» Have you read this book? We'd like to know what you think about it - write a review about An Unfamiliar America: Essays in American Studies book by Ari Helo and you'll earn 50c in Boomerang Bucks loyalty dollars (you must be a Boomerang Books Account Holder - it's free to sign up and there are great benefits!)


A Preview for this title is currently not available.
More Books By Ari Helo
View All