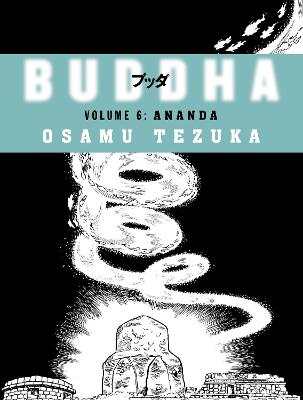 The sixth book in the classic eight volume graphic novel series retelling the story of Buddha, from the godfather of the genre.
In book six, as Kapiluvastu burns and it's people are hunted down, an infant refugee - Ananda - is granted the gift of invincibility by Mara, an evil demon. Nurtured by the she-devil, Ananda learns to use his power to become a fearsome bandit, honing his cruelty and selfishness before he is unleashed upon the demon's enemy: Buddha.

Originated in the 1970s, Buddha is Osamu Tezuka's unparalleled rendition of the life and times of Prince Siddhartha. Tezuka's storytelling genius and consummate skill at visual expression blossom fully as he contextualizes the Buddha's ideas, with an emphasis on action, emotion, humour and conflict as Prince Siddhartha runs away from home, travels across India and questions Hindu practices such as ascetic self-mutilation and caste oppression. Rather than recommend resignation and impassivity, Tezuka's Buddha predicates enlightenment upon recognizing the interconnectedness of life, having compassion for the suffering, and ordering one's life sensibly. Furthermore, his approach is slightly irreverent in that it incorporates something that Western commentators often eschew, namely, humour.

» Have you read this book? We'd like to know what you think about it - write a review about Ananda (Buddha, Book 6) book by Osamu Tezuka and you'll earn 50c in Boomerang Bucks loyalty dollars (you must be a Boomerang Books Account Holder - it's free to sign up and there are great benefits!)


A Preview for this title is currently not available.
More Books By Osamu Tezuka
View All