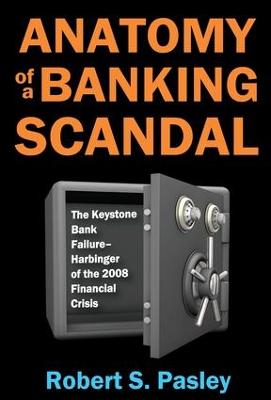 Anatomy of a Banking Scandal

The Keystone Bank Failure-Harbinger of the 2008 Financial Crisis

Description - Anatomy of a Banking Scandal by Robert S Pasley

In the early 1990s, the First National Bank of Keystone in West Virginia began buying and securitizing subprime mortgages from all over the country, and quickly grew from a tiny bank with just $100 million in assets to over $1.1 billion. For three years, it was listed as the most profitable large community bank in the country. It was all a fraud. All of the securitization deals the bank entered into lost money. To hide that fact, bank insiders started cooking the books, and concealing that they were also embezzling millions of dollars from the bank.

This was all hidden from the bank's attorneys and auditors, federal bank examiners, and even the board of directors of the bank. To keep the examiners at bay, the bank insiders did everything possible to avoid giving them access to documents they were entitled to see, documents they knew would sink their scheme. The head of the bank even went so far as to bury four large truckloads of documents in a ditch on her ranch.

Robert S. Pasley explores the failure of the First National Bank of Keystone, the intrigue involved, and the lessons that could have been learned-and still can be learned-about how banks operate, how federal banking regulators supervise financial institutions, how agencies interact with one another, and how such failures can be avoided in the future.

Other Editions - Anatomy of a Banking Scandal by Robert S Pasley 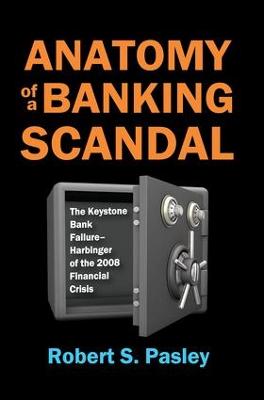 » Have you read this book? We'd like to know what you think about it - write a review about Anatomy of a Banking Scandal book by Robert S Pasley and you'll earn 50c in Boomerang Bucks loyalty dollars (you must be a Boomerang Books Account Holder - it's free to sign up and there are great benefits!)

Robert S. Pasley worked at the Office of the Comptroller of the Currency for thirty years, as an attorney, a senior attorney, and an assistant director of the Enforcement and Compliance Division. He is now an attorney and consultant handling bank regulatory matters and anti-money laundering cases.

A Preview for this title is currently not available.
More Books By Robert S Pasley
View All