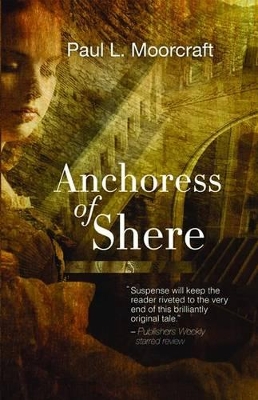 Praise for Anchoress of Shere...

"This engrossing, subtle historical centers on a spiritual quest into Christian mysticism and smoothly alternates between past and present."
-Publishers Weekly starred review

"An intense, fascinating look at religious dementia based on a medieval legend." -Library Journal
Set in two different centuries, Anchoress of Shere depicts the story of a beautiful young woman, Christine Carpenter, who chooses to be walled up alive in a church in the English town of Shere. The historical records, which still exist, put the date at 1329.
The 20th century chronicler of her story is Father Michael Duval, a deranged Catholic priest. Gradually, two separate sagas unfold: the bizarre world of the Middle Ages centered on Christine's entombment, and the 1967 abduction of Marda Stewart in nearby Guildford. Soon the medieval world of knights, debauchery, peasant uprisings and civil war merges into a modern hunt for a serial killer. The final piece of the puzzle is discovered in the late 1990s, revealing a gripping adventure story of love so obsessive that it spans more than six hundred years.
Dr. Paul L. Moorcraft is a former war correspondent and film-producer. After 25 years of traveling, he settled in Shere to write this book. His autobiographical Guns & Poses: Travels with an Occasional War Correspondent was published in 2001.

Other Editions - Anchoress of Shere by Paul L. Moorcraft 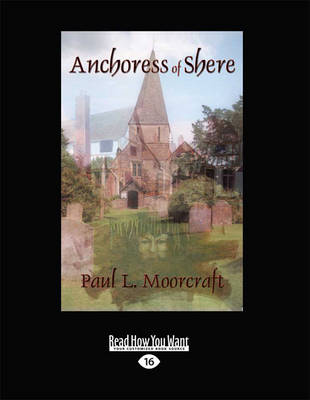 » Have you read this book? We'd like to know what you think about it - write a review about Anchoress of Shere book by Paul L. Moorcraft and you'll earn 50c in Boomerang Bucks loyalty dollars (you must be a Boomerang Books Account Holder - it's free to sign up and there are great benefits!)

Dr. Paul L. Moorcraft, a former war correspondent and film-producer, has written a series of books on politics, military and crime. After twenty-five years of travelling, he settled in Shere to write this book. His autobiographical Guns & Poses: Travels with an Occasional War Correspondent was published in 2001.

A Preview for this title is currently not available.
More Books By Paul L. Moorcraft
View All