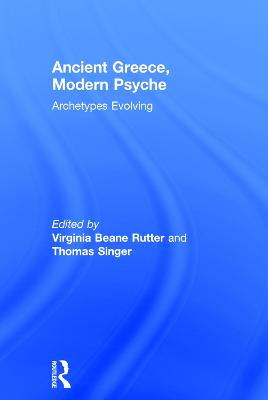 Between ancient Greece and modern psyche lies a divide of not only three thousand years, but two cultures that are worlds apart in art, technology, economics and the accelerating flood of historical events. This unique collection of essays from an international selection of contributors offers compelling evidence for the natural connection and relevance of ancient myth to contemporary psyche, and emerges from the second 'Ancient Greece, Modern Psyche' conference held in Santorini, Greece, in 2012.

This volume is a powerful homecoming for those seeking a living connection between the psyche of the ancients and our modern psyche. This book looks at eternal themes such as love, beauty, death, suicide, dreams, ancient Greek myths, the Homeric heroes and the stories of Demeter, Persephone, Apollo and Hermes as they connect with themes of the modern psyche. The contributors propose that that the link between them lies in the underlying archetypal patterns of human behaviour, emotion, image, thought, and memory.

Ancient Greece, Modern Psyche: Archetypes Evolving makes clear that an essential part of deciphering our dilemmas resides in a familiarity with Western civilization's oldest stories about our origins, our suffering, and the meaning or meaninglessness in life. It will be of great interest to Jungian psychotherapists, academics and students as well as scholars of classics and mythology. 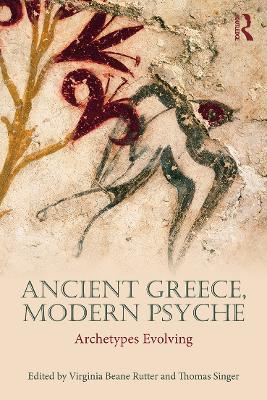 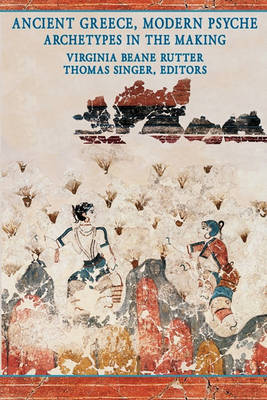 » Have you read this book? We'd like to know what you think about it - write a review about Ancient Greece, Modern Psyche book by Virginia Beane Rutter and you'll earn 50c in Boomerang Bucks loyalty dollars (you must be a Boomerang Books Account Holder - it's free to sign up and there are great benefits!)

Virginia Beane Rutter, M.A., M.S and Thomas Singer, M.D. are both Jungian psychoanalysts affiliated with the C. G. Jung Institute in San Francisco who have life-long connections to Greek culture. They are co-authors and editors of a previous volume of Ancient Greece, Modern Psyche which originated from the first Nomikos Conference in Santorini. Beane Rutter studies ancient myths and rites of passage through art, archaeology, and psychology and writes about the archetype of initiation as it appears in the clinical work of individuals today. Singer has produced and written multiple publications that focus on 'the cultural complex'. He currently serves as President of the National Board of ARAS (The Archive for Research in Archetypal Symbolism).

A Preview for this title is currently not available.
More Books By Virginia Beane Rutter
View All