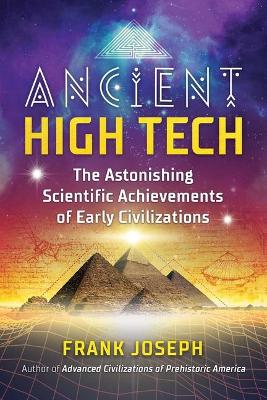 A detailed look into ancient advanced technology, science, and medicine--some of which has yet to be reproduced today

The first self-igniting match was invented in 1805 by Jean Chancel, a French chemist. Yet, in Babylon, 3,600 years before, identical sulfur matches were in common use. On the Panchavarnaswamy Temple in India, built millennia ago, there is a detailed carving of a man on a bicycle, yet the bicycle wasn't invented in the modern world until 1817. These inventions are only two examples of technology lost in the Dark Ages.

By examining the achievements of our ancient ancestors, we can not only reverse-engineer their inventions but also learn from their civilizations' mistakes, enabling us to avoid more dark ages. Imagine how scientifically advanced humanity would be if our early achievements had escaped destruction and been allowed to develop?

» Have you read this book? We'd like to know what you think about it - write a review about Ancient High Tech: The Astonishing Scientific Achievements of Early Civilizations book by Frank Joseph and you'll earn 50c in Boomerang Bucks loyalty dollars (you must be a Boomerang Books Account Holder - it's free to sign up and there are great benefits!)