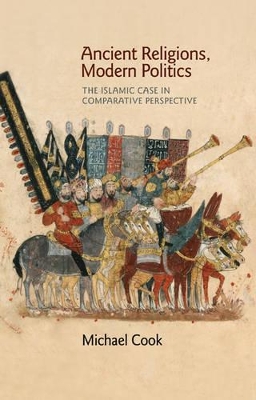 The Islamic Case in Comparative Perspective

Why does Islam play a larger role in contemporary politics than other religions? Is there something about the Islamic heritage that makes Muslims more likely than adherents of other faiths to invoke it in their political life? If so, what is it? Ancient Religions, Modern Politics seeks to answer these questions by examining the roles of Islam, Hind » Have you read this book? We'd like to know what you think about it - write a review about Ancient Religions, Modern Politics book by Michael Cook and you'll earn 50c in Boomerang Bucks loyalty dollars (you must be a Boomerang Books Account Holder - it's free to sign up and there are great benefits!)

Michael Cook is professor of Near Eastern studies at Princeton University. He is the author of Commanding Right and Forbidding Wrong in Islamic Thought and A Brief History of the Human Race, among other books.

A Preview for this title is currently not available.
More Books By Michael Cook
View All