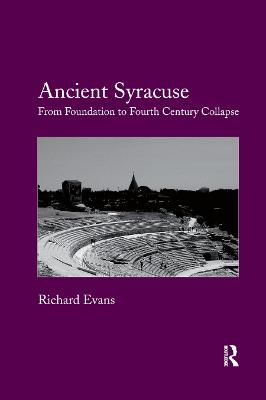 Syracuse possesses a unique place in the history of the ancient Mediterranean because of its contribution to Greek culture and political thought and practice. Even in the first century BC Cicero could still declare 'You have often heard that of all the Greek cities Syracuse is the greatest and most beautiful.' Sicily's strategic location in the Mediterranean brought the city prosperity and power, placing it in the first rank of states in the ancient world. The history and governance of the city were recorded from the fifth century BC and the volume of literary sources comes close to matching the records of Athens or Rome. Combining literary and material evidence this monograph traces the history of Syracuse, offering new arguments about the date of the city's foundation, and continues through the fifth century when, as a democracy, Syracuse's military strength grew to equal that of Athens or Sparta, surpassing them in the early fourth century under the tyrant Dionysius I. From ca. 350 BC, however, the city's fortunes declined as the state was wracked with civil strife as the tyranny lost control. The result was a collapse so serious that the city faced complete and imminent destruction.

Other Editions - Ancient Syracuse: From Foundation to Fourth Century Collapse by Richard Evans 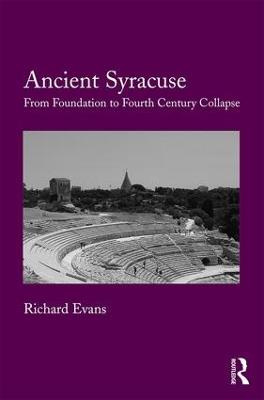 » Have you read this book? We'd like to know what you think about it - write a review about Ancient Syracuse: From Foundation to Fourth Century Collapse book by Richard Evans and you'll earn 50c in Boomerang Bucks loyalty dollars (you must be a Boomerang Books Account Holder - it's free to sign up and there are great benefits!)


A Preview for this title is currently not available.
More Books By Richard Evans
View All