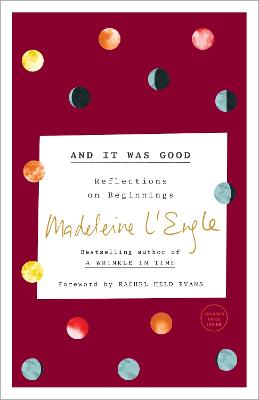 And It Was Good

Description - And It Was Good by Madeleine L'Engle

Book #1 of The Genesis Trilogy. This special reissue of a classic work of spirituality from the author of A Wrinkle in Time offers life-transforming insights on the rich heritage of the Bible and shows how the characters of this ancient text are relevant for living the good life now. Includes a new reader's guide.

In the first book of her Genesis Trilogy, beloved author Madeleine L'Engle casts long, loving, and perceptive glances not only at the created universe but also at its Creator. L'Engle often crafted stories that dealt with the complexities of the universe, navigating time and space, religion and science, with uncanny ease and insight. This skill--most famously demonstrated in A Wrinkle in Time--is showcased in this nonfiction work, And It Was Good, through her ability to see the connection between Made and Maker at every level. She examines the vast beauty, order, and complexity of our world with enthusiasm and reverence, illuminating the characteristics of God, the first poet.

Madeleine L'Engle possesses the same ambidextrous skill of storytelling as other literary giants, including C.S. Lewis and George MacDonald. Her fictional stories appeal to generations of readers, and are equally embraced in both the secular and religious markets. But it is her ability in her nonfiction to engage with the historical text of the Bible through a dynamic unpacking of protagonists, antagonists, and matters of faith that establishes The Genesis Trilogy as a highly treasured collection of spiritual writings. And It Was Good beautifully approaches both the biblical text and creation itself with an intelligence and sensitivity that appeals to all seekers looking for a fresh communion with God in the natural world.

Buy And It Was Good by Madeleine L'Engle from Australia's Online Independent Bookstore, Boomerang Books.

Other Editions - And It Was Good by Madeleine L'Engle 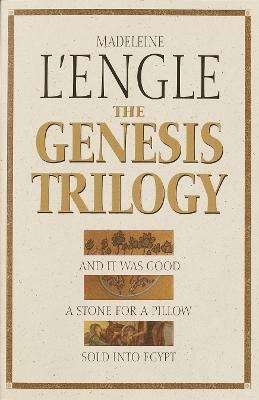 Book Reviews - And It Was Good by Madeleine L'Engle

» Have you read this book? We'd like to know what you think about it - write a review about And It Was Good book by Madeleine L'Engle and you'll earn 50c in Boomerang Bucks loyalty dollars (you must be a Boomerang Books Account Holder - it's free to sign up and there are great benefits!)