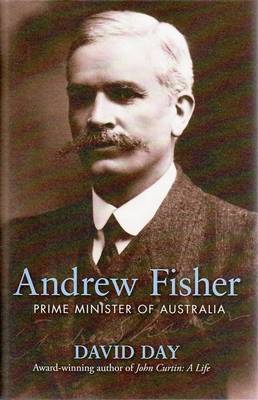 Prime Minister Andrew Fisher was one of Australia's great nation-builders, yet his story is largely unknown. He left school early to work in the coalmines of Scotland, educating himself at night. In 1885, at the age of 22, he immigrated to Queensland where he found work as a miner and as a Sunday school teacher. A staunch Presbyterian and fervent unionist, Fisher committed himself to politics and was soon elected to the Queensland parliament, then to the first federal parliament. In 1908 he became prime minister for the first of three stints in the job, serving Australia for longer than John Curtin, Ben Chifley, Gough Whitlam or Paul Keating. As prime minister, Fisher launched a massive nation-building program, which included the establishment of the national capital, the Commonwealth Bank, old age pensions, and a transcontinental railway line. His most pressing concern was to populate and defend the new nation. to this end he famously pledged to back Britain in the Great War 'to the last man and the last shilling' - a commitment that came at the heavy cost of Gallipoli and the Western Front. Andrew Fisher was a man who hated imperial honours, yet enjoyed the trappings of office, a leader who believed in world socialism, yet took Australians into the First World War. In this authoritative and immensely readable biography, David Day reveals the man, his politics and his remarkable legacy. 'Fisher wanted Australians to have a surer sense of their nationality. He never lost sight of himself as a socialist whose aim was to create a fairer life for working people.'

Other Editions - Andrew Fisher by David A Day 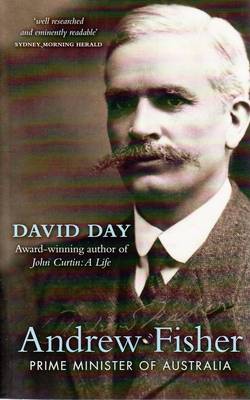 » Have you read this book? We'd like to know what you think about it - write a review about Andrew Fisher book by David A Day and you'll earn 50c in Boomerang Bucks loyalty dollars (you must be a Boomerang Books Account Holder - it's free to sign up and there are great benefits!)