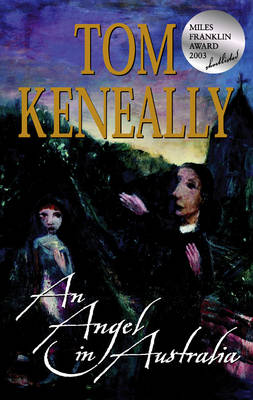 An Angel In Australia

Description - An Angel In Australia by Tom Keneally

Shortlisted for the Miles Franklin Literary Award, a haunting and evocative tale of murder and loss of innocence in wartime Australia.

Shortlisted for the Miles Franklin Literary Award, a haunting and evocative tale of murder and loss of innocence in wartime Australia.

Sydney, 1942 - the year of the fall of Singapore, the bombing of Darwin and the surprise attack on Sydney Harbour by Japanese midget submarines. Australia is surely doomed to fall to the Japanese . . .

Through the eyes of a naive young priest we see into the hearts of a people who fear the end of life as they know it. In the confessional, Father Frank Darragh hears how his community is changing - how the very real fear of invasion by the Japanese is leading people to challenge what the church teaches is right or wrong. Under the threat of death, people do things they would never dream of in peacetime.

Especially vulnerable are those women whose husbands have been captured in Singapore or the Western desert. Facing the future alone and unprotected, they are at risk of succumbing to the charms of more subtle invaders, American servicemen. When the beautiful wife of an Australian POW is found brutally murdered, she takes on the character of a victim of war in the mind of the impressionable young priest. His obsession with her lost soul leads Darragh on a dangerous journey of personal discovery , one that puts his own life at risk . . .

Other Editions - An Angel In Australia by Tom Keneally Book Reviews - An Angel In Australia by Tom Keneally

» Have you read this book? We'd like to know what you think about it - write a review about Angel In Australia book by Tom Keneally and you'll earn 50c in Boomerang Bucks loyalty dollars (you must be a Boomerang Books Account Holder - it's free to sign up and there are great benefits!)