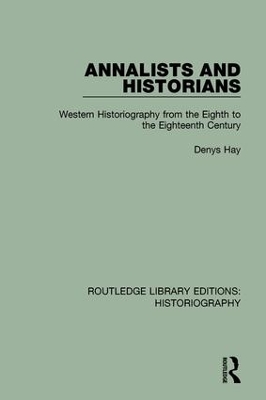 Western Historiography from the Viiith to the Xviiith Century

This book, originally published in 1977, is a survey of European historiography from its origins in the historians of Greece and Rome, through the annalists and chroniclers of the middle ages, to the historians of the late eighteenth century. The author concentrates on those writers whose works fit into a specific category of writing, or who have inlfuence the course of later historical writing, though he does deal with some of the more specialist forms of medieval historiography such as the crusading writers, and chivalrous historians like Froissart. He maintains that 'modern' history did not develop until the 18th Century.

Other Editions - Annalists and Historians by Denys Hay 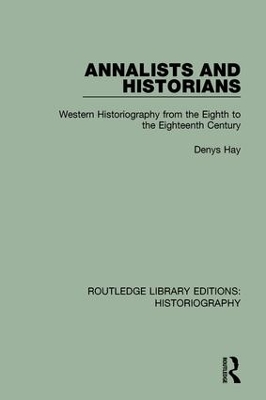 » Have you read this book? We'd like to know what you think about it - write a review about Annalists and Historians book by Denys Hay and you'll earn 50c in Boomerang Bucks loyalty dollars (you must be a Boomerang Books Account Holder - it's free to sign up and there are great benefits!)


A Preview for this title is currently not available.
More Books By Denys Hay
View All