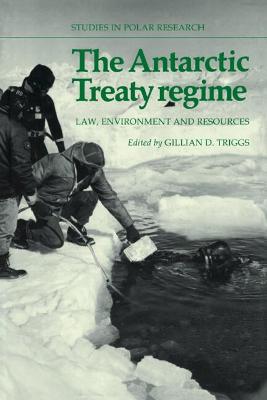 The Antarctic Treaty regime is a uniquely successful legal system which preserves Antarctica for peaceful purposes and guarantees freedom of scientific research. This volume based on an international conference, examines the legal, political and environmental issues that it raises. After setting the scene of the Antarctic environment, the early chapters discuss the legal issues involved in the Treaty. Later chapters consider protection of the marine environment and the regulation of mineral exploitation. The book concludes with a discussion of Antarctica and its development.

» Have you read this book? We'd like to know what you think about it - write a review about Antarctic Treaty Regime book by Gillian D. Triggs and you'll earn 50c in Boomerang Bucks loyalty dollars (you must be a Boomerang Books Account Holder - it's free to sign up and there are great benefits!)


A Preview for this title is currently not available.
More Books By Gillian D. Triggs
View All