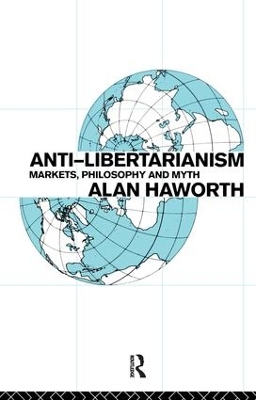 Free marketeers claim that theirs is the only economic mechanism which respects and furthers human freedom. Socialism, they say, has been thoroughly discredited. Most libertarians treat the state in anything other than its minimal, 'nightwatchman' form as a repressive embodiment of evil. Some reject the state altogether.
But is the 'free market idea' a rationally defensible belief? Or do its proponents fail to examine the philosophical roots of their so-called freedom? Anti-libertarianism takes a sceptical look at the conceptual tenets of free market politics. Alan Haworth argues that libertarianism is little more than an unfounded, quasi-religious statement of faith: a market romance. Moreover, libertarianism is exposed as profoundly antithetical to the very freedom which it purports to advance.
This controversial book is for anyone interested in the cultural and political impact of free market policies on the modern world. It will be invaluable to students and specialists of political and economic theory, social science and philosophy.

Other Editions - Anti-Libertarianism by Alan Haworth 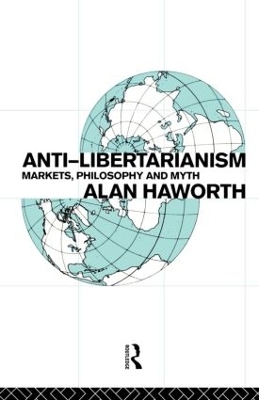 » Have you read this book? We'd like to know what you think about it - write a review about Anti-Libertarianism book by Alan Haworth and you'll earn 50c in Boomerang Bucks loyalty dollars (you must be a Boomerang Books Account Holder - it's free to sign up and there are great benefits!)


A Preview for this title is currently not available.
More Books By Alan Haworth
View All