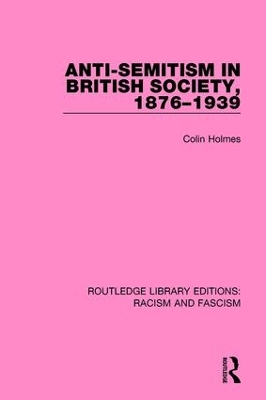 This is the first detailed study of anti-semitism, as an ideology, among the British. First published in 1979, it concentrates on the crucial period between 1876 and 1939 when, against a background of Jewish immigration, war or the threat of war, and social and economic unrest, hostility towards the Jewish community reached its peak. Colin Holmes identifies the main strands of anti-semitic thought and their expression, starting with the Eastern Crisis of 1876 which sparked off the first serious manifestation of anti-semitism. He shows how, before 1914, opposition towards Jews rested on religious and other perceived cultural distinctions. It was only after the First World War that a sinister and significant change of emphasis occurred: racism now became the dominant feature of anti-semitism and was reinforced by theories of conspiracy, the most notorious being The Protocols of the Elders of Zion. Anti-semitism has no uniform cause or characteristic and a single explanation cannot suffice. This book elucidates the complex range of factors involved, using both historical and sociological methods and drawing on extensive (and sometimes controversial) research.

Other Editions - Anti-Semitism in British Society, 1876-1939 by Colin Holmes 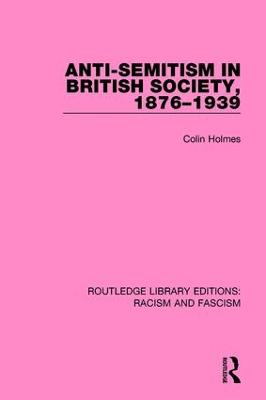 » Have you read this book? We'd like to know what you think about it - write a review about Anti-Semitism in British Society, 1876-1939 book by Colin Holmes and you'll earn 50c in Boomerang Bucks loyalty dollars (you must be a Boomerang Books Account Holder - it's free to sign up and there are great benefits!)


A Preview for this title is currently not available.
More Books By Colin Holmes
View All